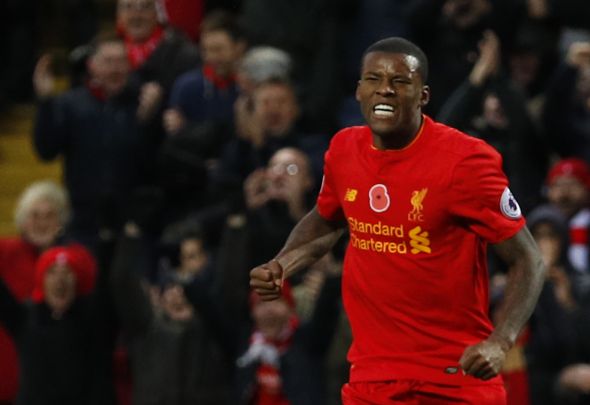 Jurgen Klopp is set to name an unchanged Liverpool XI against Sunderland on Saturday.

The Reds midfielder Georginio Wijnaldum is expected to maintain his place in the side as England international Adam Lallana recovers from a groin injury.

Wijnaldum, 26, played 90 minutes in the club’s 0-0 draw against Southampton in their last game.

The Holland international has started eight of his 13 appearances this season, but faces tough competition to land a starting role in the midfield.

Liverpool boos Klopp is expected to stick with the attacking trio of Sadio Mane, Philippe Coutinho and Roberto Firmino despite their goal blank against Southampton.

The Merseyside club are strong favourites for the home clash with Sunderland and could end the weekend at the top of the Premier League with a win, if current leaders Chelsea drop points at home to Tottenham.

Klopp appears to have settled on his defence this season and Loris Karius remains the number one goalkeeper over Simon Mignolet.

England pairing Nathaniel Clyne and James Milner are set to continue at full-back, with Dejan Lovren and Joel Matip continuing their partnership at centre-back.

Liverpool’s clean sheet against Southampton was only their second in the Premier League this campaign and they will be hopeful of another on Saturday.

Wijnaldum is set to play alongside captain Jordan Henderson and Emre Can in the midfield, who will be looking to offer support in attack.

Wijnaldum moved to Anfield in the summer from Newcastle and will want to add to his tally of one goal in 13 games.

The deadly trio of Mane, Coutinho and Firmino are likely to start the match in attack, with 16 of Liverpool’s Premier League goals this season coming from them.

In other Liverpool team news, Joe Gomez has identified a major challenge following a return from injury.