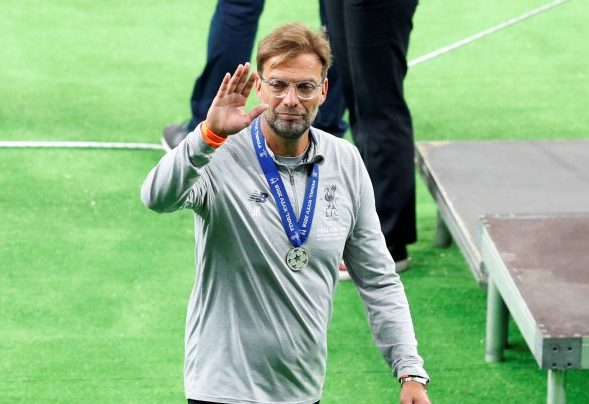 Liverpool have been scouting Roma goalkeeper Matteo Cardinali, according to a report.

Italian outlet Tutto Mercato claims that the 17-year-old’s performances in the Roma academy have alerted the Reds to his emerging talent.

The report reveals that scouts from both Jurgen Klopp’s side and Arsenal have been watching the goalkeeper, as they weigh up whether to make a move for the young goalkeeper.

With both Liverpool and Arsenal on the market for young goalkeeping talent, it makes sense that they’re sending scouts to watch potential targets, in order to assess if they’d make the grade in the Premier League. Jurgen Klopp’s side really do need to strengthen their goalkeeping options imminently, with both Lorius Karius and Simon Mignolet making high-profile errors over the last few seasons which have cost them points, maybe even trophies. In the Gunners case, new manager Unai Emery is left with a 36-year-old Petr Cech who’s well past his prime and 29-year-old David Ospina, who hasn’t looked anywhere near convincing enough when he’s been given a chance in the first-team. Arsenal did sign 26-year-old Bernd Leno in this window but have no young goalkeepers emerging from the academy. Italy seems to be the place to go for young goalkeepers at the moment, with 19-year-old Gianluigi Donnarumma emerging as one of the best keepers in Europe over the last few years, if Matteo Cardinali of Roma is anywhere near Donnarumma’s level, they should snap him up straight away.

In other Liverpool news, the Reds have reportedly had no offers for one of their players despite interest