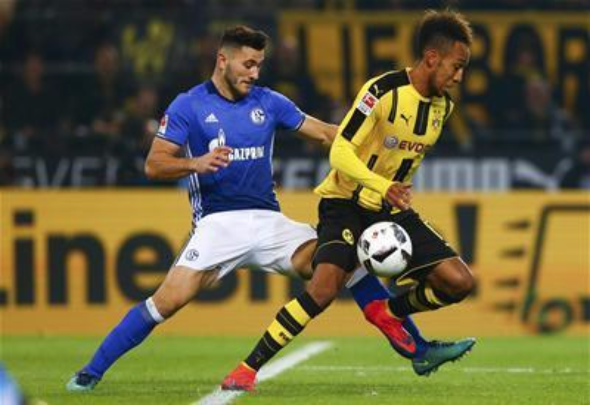 Jurgen Klopp’s Liverpool have offered a contract to Schalke left-back Sead Kolasinac, according to a report.

German media outlet Bild claim that the Merseyside giants are one of six clubs, along with Manchester City and Arsenal, to have offered the 23-year-old a deal.

It is said that Schalke have failed in their bid to tie Kolasinac to a new agreement to a replace his current one, which expires at the end of the season.

There is a growing suspicion in Germany that the Bosnia-Herzegovina international may be stalling his contract talks at Schalke in order to push for a move to a bigger club.

According to Bild’s report, Juventus, AC Milan and Roma are also in for in the left back, so Klopp will be hoping that his reputation in Germany may help win the race for Kolasinac.

The left-back has been a mainstay in the Schalke defence this term, and has made 30 appearances in all competitions.

The assist machine has also made a huge impact in an attacking sense, netting three goals and laying on seven assists for his teammates.

The Bundesliga ace, who has accumulated 22 caps for Bosnia and Herzegovinia despite representing Germany at youth level, could be the answer to Liverpool’s left back woes.

The Reds have settled on James Milner as the current solution for their left back problem, but it is far from an ideal solution, especially with Alberto Moreno not maturing defensively as Klopp would have hoped.

In other Liverpool transfer news, the odds have been slashed on Liverpool signing a proven Premier League defender.