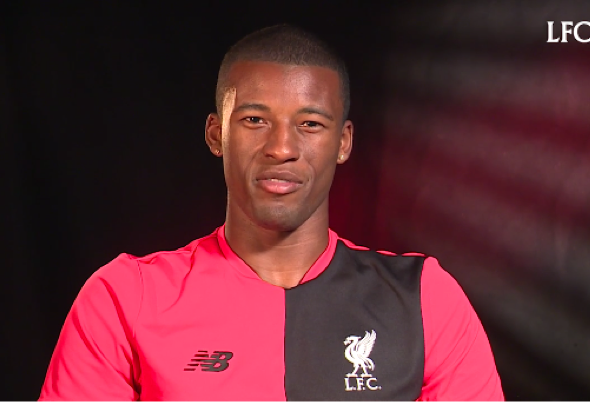 Liverpool fans reacted with surprise on Twitter as Giorginio Wijnaldum was left out of the starting XI for the third Premier League game in a row.

Emre Can was named in the starting line-up to face Watford on Sunday afternoon as the Reds hope to capitalise on their rivals Manchester City and Arsenal dropping points.

Wijnaldum came on as a substitute to face Crystal Palace last Saturday as Liverpool recorded a convincing 4-2 victory.

The German faced an uphill battle to regain full fitness after returning to Anfield in the summer, following his European Championship exploits with the national squad.

However, Wijnaldum has been in great form since joining from Newcastle in the summer but picked up a hip injury while on duty for the Netherlands last month.

He missed the crunch clash against Manchester United and was left on the bench for Liverpool’s 2-1 victory against West Brom, though Wijnaldum did play the full 90 minutes against Tottenham in the EFL Cup.

Since Can has come into the starting line-up to replace the Dutchman, he has performed well for Jurgen Klopp’s side but fans were still surprised to see Wijnaldum omitted from the team.

Can starting ahead of Wijnaldum and Can signing a new contract soon are surely connected. Wij has been v good, unlucky to be benched…

Is this the first photo ever taken of Wijnaldum not smiling? https://t.co/YXGZaA7nHn

Wijnaldum on the bench again ffs

Wijnaldum's situation is quite strange.
Isn't he supposed to be a starter when 100% fit .
Why isn't he starting against Watford at anfield .

Only way Can should be starting over Wijnaldum is if Can adds goals to his game. Hope he goes on a run like Meireles did under Kenny

In other Liverpool news, fans react on Twitter to Lucas inclusion in the starting line-up against Watford.