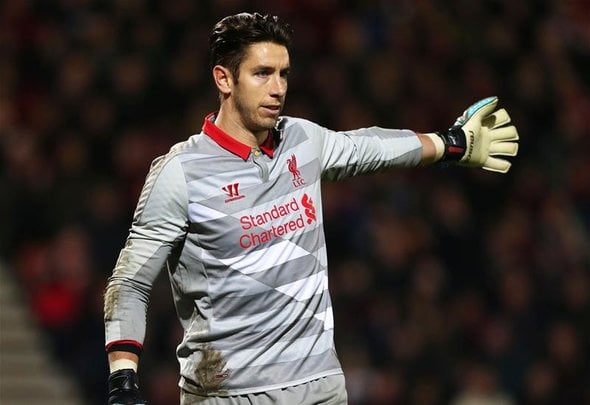 Brad Jones let in four goals against Manchester United in the Europa League on Thursday evening – but Liverpool fans on Twitter praised their former goalkeeper.

Jone played the full 90 minutes for Feyenoord as they suffered a disappointing 4-0 defeat against Jose Mourinho’s side.

The keeper was extremely busy throughout the game and was forced to make a number of decent saves as Paul Pogba, Henrikh Mkhitaryan and Juan Mata all tried their luck against the Feyenoord man.

Superb goals from Wayne Rooney and Mata were enough to give United a well-deserved lead before Jones added a third when a shot from Zlatan Ibrahimovic went in off the inside of his leg and Jesse Lingard completed United’s fourth.

The last time the Australian played at Old Trafford in December 2014 he let in three goals and was part of a Liverpool side which suffered a hugely disappointing 3-0 defeat in the Premier League.

The majority of his Anfield career was spent on the sidelines as Jones made just 27 appearances for the club during five years but he was well liked despite his lack of quality in goal.

Jones has made some big steps in his career recently, becoming Feyenoord’s number one and notching up 16 appearances already this season.

He was never considered a great keeper at Liverpool but the majority of fans had praise for his performance against their bitter rivals – though a few were still unimpressed.

Ex Liverpool Brad Jones is the goalkeeper for Feyenoord tonight

And to think we signed Brad Jones…#LFC

When did Brad Jones get better!! Telling you the LFC goalkeeping coaches need looking at. Set pieces still a problem, who is fixing it #lfc

In other Liverpool news, Theirry Henry reveals he wished he was given the chance to play against this Liverpool legend.