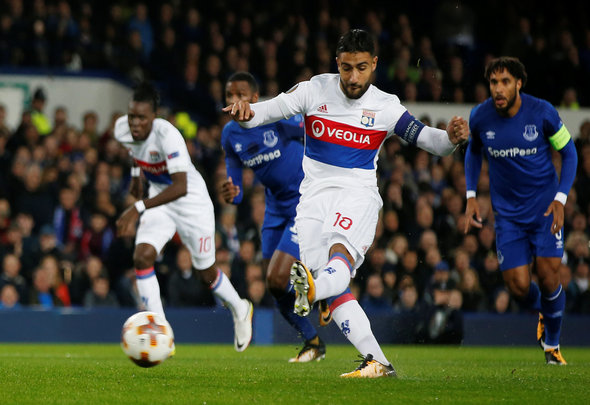 Liverpool fans have taken to Twitter to express their delight at reports that the club are closing in on the signing of Lyon attacker Nabir Fekir.

France Football reporter Nabil Djellit claimed on his personal Twitter account on Tuesday night that Jurgen Klopp met with Fekir, 24, at the start of the year and there is now a verbal agreement in place between Lyon and the Champions League finalists.

It is said that there’s a possibility other clubs could make offers for Fekir but the journalist adds that the deal with Liverpool is “confirmed but not signed”.

Fekir has had an outstanding season for Lyon, where he plays as an attacking midfielder in the same position as Philippe Coutinho did for Liverpool in the first half of this campaign before his switch to Barcelona.

The 10-times France international has scored 22 goals and supplied seven assists from 38 matches for the French club this season, with 17 of his goals coming in Ligue 1 fixtures.

Since joining Lyon in 2011, Fekir has netted 56 times from 151 matches in all competitions.

Liverpool fans are in meltdown at the possibility of their club landing such an exciting player, hailing him as a “dream signing” who can make a huge impact under Klopp.

Fekir is one of the best French players. He has the ability to break down deep defences like Coutinho did. He can make the difference on his own. That’s been a weakness for #LFC against bus parking teams. He is even more of a dribbler than Coutinho.

Twitter is rejoicing with Fekir signing. There is nothing official yet. That said we are in a good way as Klopp would put it. #LFC ????????

Fekir is a very interesting player. Brilliant in Ligue 1, but the Premier League is different. Let Klopp do his magic and I believe we have a coming star in our team #LFC #Fekir

NABIL FEKIR WILL BE A DREAM SIGNING.! #LFC

Fekir and Keita will RIP the league apart. Getting so excited here.. #lfc