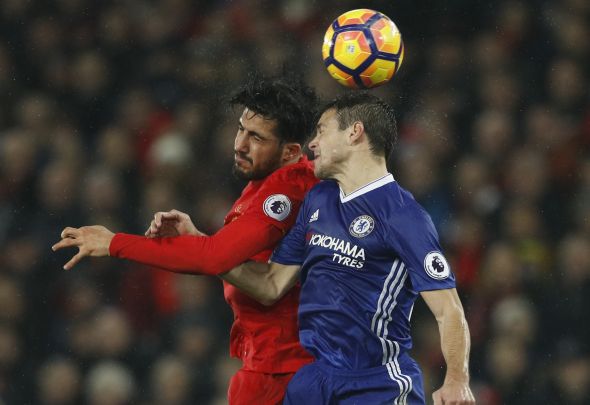 Liverpool fans have reacted with frustration on Twitter to Emre Can’s display against Chelsea earlier this week.

The Germany international started alongside captain Jordan Henderson and summer signing Georginio Wijnaldum in midfield on Tuesday night, as the two sides played out a 1-1 draw.

Can, 23, featured from start to finish against Antonio Conte’s league leaders at Anfield, with the draw leaving the west London giants nine points clear at the top of the Premier League.

Failing to provide a creative spark on the pitch, Can lost possession on occasion throughout the match as he tries to add an attacking dimension to his game.

Liverpool fans reacted on Twitter to the performance of the former Bayer Leverkusen midfielder, with many claiming that a spell on the substitutes’ bench for the Reds’ number 23 is the most practical solution.

Emre Can just needs a stint on the bench, undoubtedly a quality player but he's lost his way a little, don't give up on him though! #LFC

Emre Can tonight was like an old Diesel engine in a big car. Make what you want out of it #EmreCan #LFC

I don't understand why Emre Can always play a full 90 minutes?? #LFC

Please ditch Emre Can for the love of god #LFC

I don't know who is better, Emre Can, Fellaini or a coconut tree in the middle of the pitch! #lfc #LIVCHE

A Bayern Munich youth player, Can was brought to Liverpool by former manager Brendan Rodgers back in the summer of 2014 for a fee of £10million.

Making his debut in August 2014 against Manchester City, Can has gone on to make 113 league and cup appearances for the Merseyside giants, scoring six goals.

In other Liverpool news, Stan Collymore believes these four positions should be considered as problem areas at Anfield.