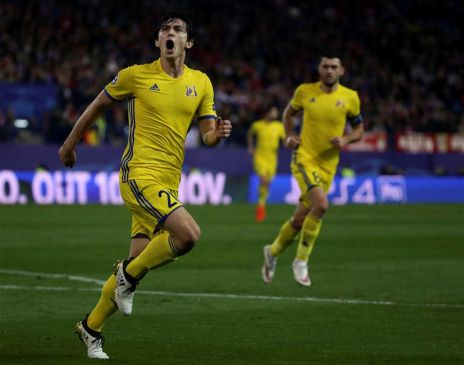 Liverpool fans have taken to Twitter to outline their excitement at the club’s latest January transfer target.

The Reds have lost Danny Ings to another season-ending injury, while Sadio Mane is set to depart for the African Cup of Nations in the new year, and need further options in attack.

Sporting director Michael Edwards has been monitoring the Iran international’s progress, and Klopp is now ready to step up his interest.

The 21-year-old has scored four goals this season, but his displays in the Champions League in particular have drawn attention from a number of other clubs, including some of Liverpool’s Premier League rivals.

Liverpool supporters were quick to voice their opinions on the club’s reported pursuit of a striker who is prolific at international level, with 15 goals in 20 matches.

@JamieGriff97 @TonyBarrett He’s very good, but if he goes to England he’ll still be seen as very raw.

@TonyBarrett just saw some videos , reminds me of a young Torres prior to joining us and we all know what happened after

@AnfieldHQ @PA @guardian I say get him…

I don’t know what a Sardar Azmoun is, but if Jurgen Klopp wants him then I’m fully prepared to go into meltdown if it doesn’t happen.

The Premier League will be a major challenge, but with just 18 months left on his contract, Azmoun could be tempted into a move.

In other Liverpool news, Sky Sports have listed four Liverpool players in their top 10 Power Rankings for this week.