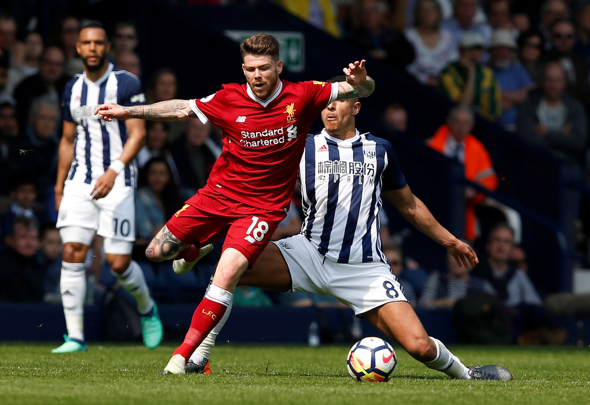 Liverpool are on the brink of offering two contract offers to Alberto Moreno and Ragnar Klavan, according to a report in The Guardian – but supporters are not happy with the decision to keep the fringe players on at the club, particularly the Spaniard.

The pair are both set to see their current deals expire in 2019 and despite the fact that the full-back looked set to exit last summer, as claimed by the Express, he stayed on Merseyside and prior to an ankle injury earlier in the season, even enjoyed an improvement in form.

However, with Andy Robertson seemingly now first-choice on the left of the defence, supporters are questioning why Jurgen Klopp wants to hold onto the 24-year-old, who they rate as a squad player at best.

Moreno has made only 15 outings in the Premier League this season and eight appearances in the Champions League where he has notched up three assists from defence.

Meanwhile central counterpart Klavan, 32, has also been limited to minimal game time and cannot realistically be considered as an integral squad member, playing second fiddle to the likes of Dejan Lovren and Virgil van Dijk.

Here is a selection of reactions on social media to the news from supporters of the Reds:

Klavan yes, really good backup. However I cannot stand Moreno, genuinely makes me angry seeing him in a Liverpool shirt

No I don’t. At the start of the season he was just doing his job. As it was something we weren’t used to as fans, a lot of people hyped him up. However he’s since reverted back to the old Moreno. Robbo is miles a head of him in terms of quality.

Moreno getting a job as a barman in the players lounge ?

Moreno doesn’t have 1 memorable moment in a red shirt to deserve a contract.

How pair of them arnt Liverpool quality

In other Liverpool news, not rated by teammates – Sky pundit slams two Liverpool first teamers, urges club to get rid.