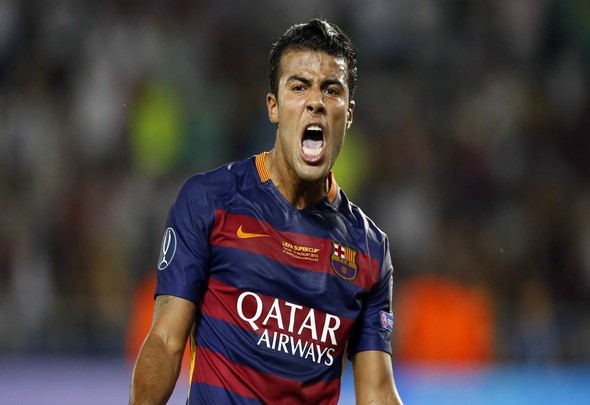 Liverpool have been installed as the runaway favourites to sign Barcelona midfielder Rafinha this summer, according to the latest bookmakers’ odds.

Sky Bet priced the Merseyside giants at just 2/1 on Wednesday night to sign the 24-year-old before the September transfer deadline.

Premier League rivals Arsenal are the only other club in the betting running and they trail a long way behind at 6/1.

The odds follow a report from Spanish publication Mundo Deportivo that Liverpool are interested in bringing in the versatile Brazilian this summer, while the Catalan giants are hoping to use him in a player-plus cash deal for Philippe Coutinho.

Rafina is a first-team regular at Barcelona, where is he has graduated from the youth ranks to make 78 senior appearances and become a key member of the squad.

He made 28 appearances in all competitions last season and is admired for his ability to play in a variety of positions, including the right, left and centre of midfield.

The two-times Brazil international would be an attractive proposition to Jurgen Klopp, who will be looking to stretch his squad across both the Premier League and the Champions League next season alongside the domestic cup competitions.

Rafinha is contracted to Barcelona until 2020.

In other Liverpool transfer news, the club will find out on Thursday if they are to seal the transfer of a highly rated attacking player.