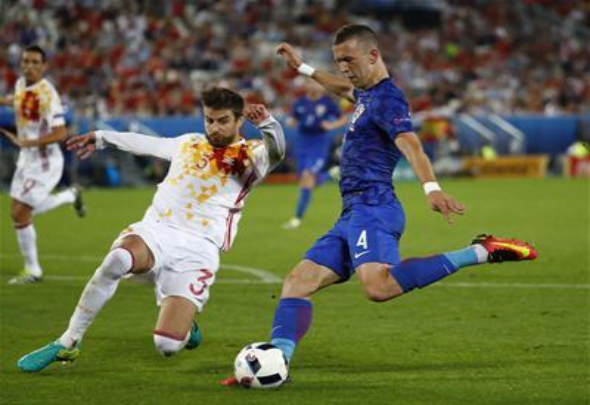 The 28-year-old has been drawing the plaudits for his performances in Italy this season, where he has contributed seven goals and six assists from 29 appearances in all competitions.

Liverpool have been linked with a move for Perisic last summer and again in January, when £35million was reported to be enough to seal a deal, but Ausilio has now dismissed talk of a move in emphatic fashion.

Speaking to FourFourTwo,  the Italian chief issued a hands-off warning, insisting that the club was not going to get rid of one of its best players.

He said: “I do not think it is either Perisic’s or our intentions for him to leave.

“He is part of a massive project and we do not want to sell our players.

“We cannot envisage an Inter without Perisic. We are not going to get rid of our best players.”

The reluctance to part with Perisic will come as a hefty blow to Liverpool’s transfer ambitions. Anfield chief Jurgen Klopp had identified the Croatia international as the perfect addition to his attack.

Although he remains untested in the Premier League, Perisic would be a fantastic addition for any English club. He provides a goalscoring option from the wide areas, and his versatility and ability to play with both feet means he can operate across wide and central areas in attack. Liverpool do have similar options in the likes of Sadio Mane and Philippe Coutinho, but there are still areas to improve and Perisic could be a suitable solution. Although Inter Milan are reluctant to sell, Liverpool should still pursue a deal, because he could be of real value to the team. Perisic himself might be tempted by a high-profile move to the Premier League.

In other Liverpool transfer news, the Merseyside giants remain confident of securing a deal for this emerging France star.