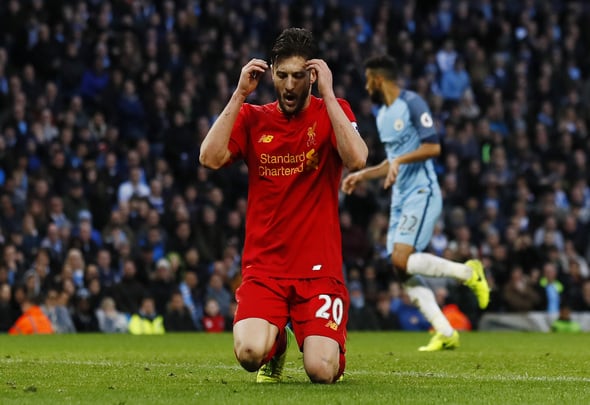 Liverpool and England duo Adam Lallana and Jordan Henderson will miss Sunday’s clash with West Brom as they continue to miss out through injury.

Henderson is currently recovering from a foot issue and has not featured for the Reds since the 2-0 win over Tottenham in February.

Meanwhile Lallana is undergoing rehabilitation for a hip complaint and he has not played since Liverpool’s 1-1 draw with Manchester City last month.

“They are better but not good enough for the weekend,” Klopp said. “Adam [Lallana] will train the week after Crystal Palace.”

Klopp on Henderson and Lallana: "They are better but not good enough for the weekend. Adam will train the week after Crystal Palace." pic.twitter.com/m1Lt7QoQsc

Last time out Liverpool earned a hard fought three points at the bet365 Stadium as they came from behind to beat Stoke 2-1.

Jon Walters broke the deadlock for the home side, before Klopp introduced Brazillian duo Roberto Firmino and Philippe Coutinho at half time, and they both netted to wrap up the win for the Reds.

The victory left Liverpool in third, two points ahead of Manchester City in fourth, though Pep Guardiola’s side do have a game in hand.

With Henderson and Lallana continuing to miss out – Emre Can, Gini Wijnaldum and Lucas Leiva will likely start in Klopp’s midfield three on Sunday.

Between them, Henderson and Lallana have played over 4,000 minutes of Premier League football for the Reds and the Anfield faithful will be hoping they both return soon, for what is a crucial stage of the season.

In other Liverpool news, This Liverpool youngster is a goal machine and deserves a first team chance.