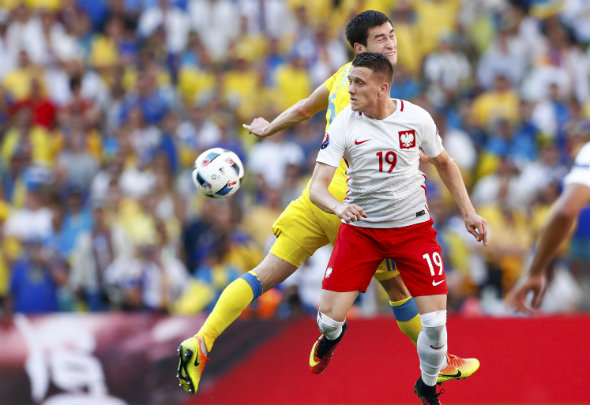 Liverpool have pulled out of the race to sign Udinese midfielder Piotr Zielinski as he closes in on a move to AC Milan, according to a report.

Manager Jurgen Klopp has been linked all summer with a move for Zielinski and the 22-year-old is widely said to have preferred a move to Anfield.

Goal.com have now reported that Klopp has abandoned his pursuit of the central midfielder after tabling an £11million bid earlier in the window.

It is said the difference in valuations between Liverpool and Udinese is too great and the Premier League side will now consider alternative options.

The 22-year-old was desperate for a summer switch to Anfield this summer, and rejected several advances from Napoli as he held out for an agreement between Liverpool and Udinese to clinch a dream move to the Premier league.

But that hasn’t materialised, and AC Milan have swooped in with a £16million bid for Zielinski.

The report says the Poland international has now made up his mind to move to the San Siro despite having two years left on his Udinese contract.

The midfielder has spent the last two seasons on loan at Empoli and scored five goals and provided four assists in his 35 league appearances in 2015-16.

Klopp has already been busy in the transfer window securing Sadio Mane, Joel Matip, Loris Karius and Marko Grujic, whose £5million transfer was agreed in January.

In other Liverpool transfer news, Jamie Redknapp has launched a blistering attack on this former Liverpool star.