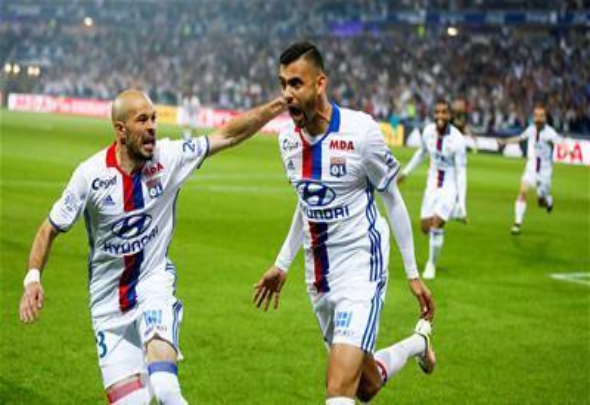 Liverpool have made contact with Lyon about the possibility of signing winger Rachid Ghezzal, according to a report.

The right-winger has just one year left on his current deal and has been linked with a transfer this summer.

It is said that the French side do not to wish to lose the wide man for nothing next year and they are willing to listen to offers for the player.

Liverpool are reportedly one of four teams interested in Ghezzal’s servies with Valencia named as the other.

Although being French-born and representing France at Under-20 level, Ghezzal has opted to play for the Algeria senior side where he has made six appearances and scored one goal.

The quick winger starred in 38 encounters for the French side in the recently completed season scoring ten goals and providing nine assists.

Liverpool have already been linked with a host of wide forwards to play behind the striker this summer, and have been strongly linked with swoops for Bayern Munich’s Mario Gotze, Southampton’s Sadio Mane, Schalke’s Leroy Sane and Fenerbache’s Nani.

However, Lyon president Jean Michel Aulas has told L’Equipe that if Ghezzal does not sign a new contract in the coming week then he will be put on the transfer list, possibly making him the cheapest option for Liverpool.

In other Liverpool news, the Reds have been told that Neven Subtotic wants a summer transfer.