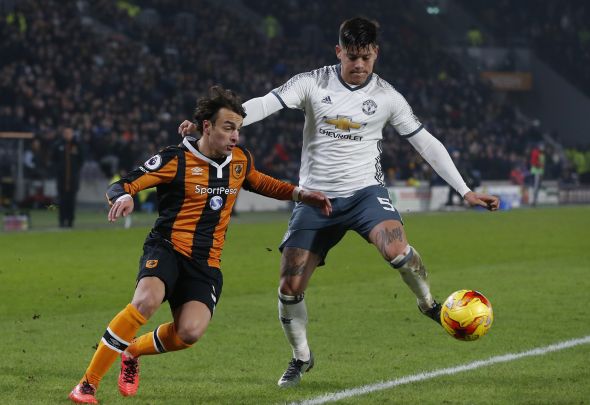 Liverpool winger Lazar Markovic is in talks with Italian side Fiorentina over a potential exit this summer, according to a report.

Football news website Goal.com claim that the 23-year old, who arrived at Liverpool for £21million from Benfica back in 2014, has flown to Italy for discussions with the Serie A side, who finished eighth in the league last season.

It is stated that Liverpool are looking for no less than £16million for the Serbian attacker this summer, which would represent a £5million loss on the attacker who has made 34 appearances across all competitions for the Reds.

Fellow Premier League sides Watford and Leicester are also said to be interested in a move for the 22-time-capped international, with the Daily Star having reported that the Hornets were targeting an £8million move.

He has spent most of his time with Liverpool out on loan, with his latest spell away coming at Hull City last season, where he made 14 appearances and scored two goals during the latter half of the campaign.

If Liverpool can convince Fiorentina to part with £16million for Markovic, then they should consider themselves very lucky. The 23-year-old has not demonstrated any kind of form to warrant that sort of price tag, but with Liverpool’s original outlay of £21million, they need to get as much money back as possible. He will always go down as an expensive flop at Anfield, but the more they can get for him, the less of a disappointment it will be. As for Markovic, he seems keen on the move, having taken the time to fly out to Italy for discussions, and the Reds may be feeling confident of securing his exit sooner rather than later.

In other Liverpool transfer news, Jurgen Klopp has said he knew nothing about this new arrival.