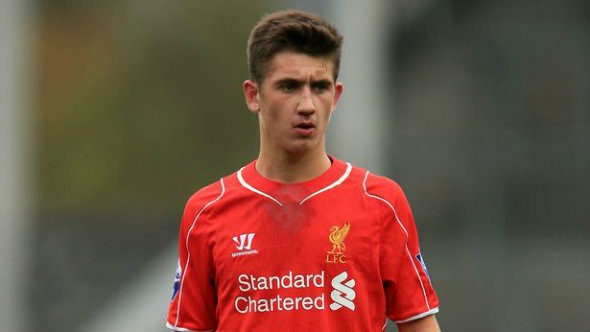 Jurgen Klopp has identified Cameron Brannagan as the next Liverpool Academy star to whom he is ready to hand a full Premier League debut.

Kevin Stewart and Sheyi Ojo both made their first ever league starts for Liverpool in the 4-1 rout against Stoke at Anfield on Sunday and Klopp has revealed Brannagan is now top of the queue to join them.

The 19-year-old attacking midfielder made his bow for the senior team in September in the Europa League and has consistently been one of the Merserysiders’ most promising academy players.

Klopp was speaking to the press after the Stoke game and This Is Anfield tweeted that the German has been so impressed with his youngster’s displays that he is convinced Brannagan is also ready for his opportunity.

Klopp says pleased to give Ojo and Stewart full league debuts, and that others deserve that chance too, names Brannagan as one.

Stewart played the entire 90 minutes of the Stoke win in a comfortable performance for the 22-year-old, who signed a new deal in February before suffering ankle ligament damage that subsequently ruled him out for six weeks.

His fellow debutant Ojo was withdrawn at half-time, but managed to woo Anfield with a powerful run and brilliant piece of skill that skinned the full-back before producing a wonderful cross to set up Daniel Sturridge’s goal that put Liverpool back in front after Stoke had levelled the scores at 1-1.

Brannagan is a regular in the Liverpool under-21s side and will be hoping the impressive displays of his fellow youth stars has paved the way for his involvement before the end of the season.

In other Liverpool news, Divock Origi has revealed what inspired his stunning performance against Stoke.