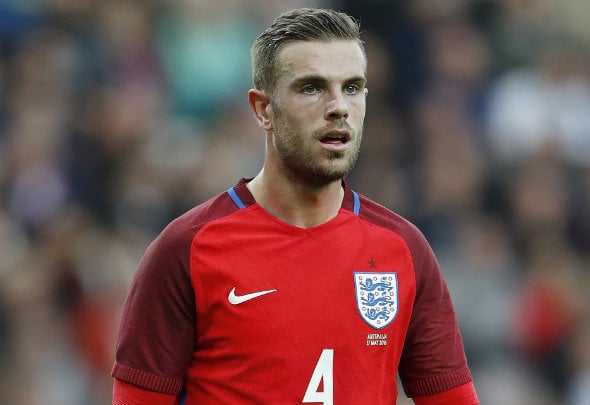 Stan Collymore has claimed Jordan Henderson is not good enough to start for Liverpool or England.

Henderson has so far failed to convince Roy Hodgson he should be starting in the starting X1 and is set to be on the bench for the third time in four matches at Euro 2016 when England take on Iceland on Monday night.

Henderson had his season severely disrupted by injury and then struggled to rediscover the form that contributed to him being named as Steven Gerrard’s successor as captain last year.

The midfielder did get a chance to impress against Slovakia in England’s final group game, but could not help his side break the deadlock against their opponents.

“Only two players disappointed me against Slovakia if I’m being honest,” said Collymore writing in his Boyle Sports column.

“Firstly Jack Wilshere who still looks woefully short of sharpness and Jordan Henderson, who’s energy I admire in a Liverpool or England shirt but for me I’m afraid isn’t a good enough player for either.”

Liverpool are on the verge on completing the signing of winger Sadio Mane from Southampton and with Jurgen Klopp also reportedly interested in acquiring another central midfielder this summer, Henderson’s future as a starter could be in jeopardy.

The 26-year-old has spent five years at the club since joining from Sunderland in 2o11 and has been a regular starter under Kenny Dalglish, Brendan Rodgers and Klopp when fit.

Henderson was reportedly on the verge of an exit two years ago after a disappointing three years at Anfield, but became an integral part of the side in recent years with a string of impressive performances.

Jurgen Klopp hinted earlier in the year that Liverpool could be convinced to sell their captain, but there has been no further indication the club are ready to listen to offers.

In other Liverpool news, Joey Barton has slammed a former Reds star, insisting he is not good enough to be a professional footballer.