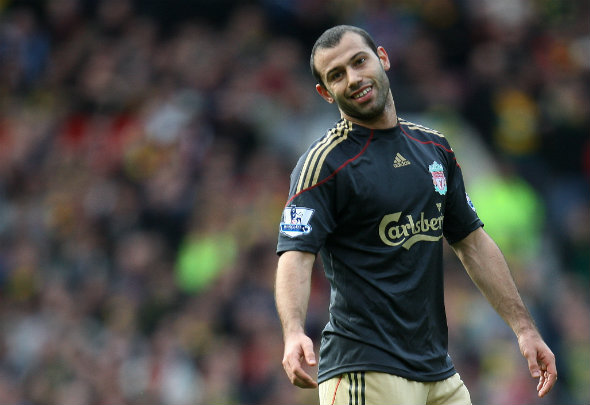 Riera, a vital player in the Liverpool team that just missed out on the Premier League title in 2009, explained Hodgson made the worst possible first impression with the team’s non-English players when he took over at Anfield.

Hodgson replaced the departed Rafael Benitez in the summer of 2010 and was supposed to convince then first team star Javier Mascherano to stay at Liverpool, but Riera revealed he actually might have helped to push the now trophy-laden Barcelona player towards the exit.

“I also remember the day when Roy Hodgson came to Liverpool,” said Riera speaking to Anfield HQ. “He said that he wanted his team to be 90% British, so all the foreigners felt like we’d be having problems in Liverpool and I signed for Olympiakos.”

Rumours were rife that summer that Mascherano wanted to leave Liverpool before Hodgson even arrived on Merseyside, but in a transfer window where he offloaded the Argentine and Riera, the former manager brought in Englishmen Joe Cole, Danny Wilson and Paul Konchesky.

The England manager’s career with Liverpool was dead in the water by Christmas and he was quickly ushered out the door in January after a dismal start to the season.

If what Riera says is true, Hodgson was never going to convince players such as Mascherano to stay with his attitude to the importance of foreign players in his squad.

In other Liverpool news, a Reds defender has signed a new contract with the club.