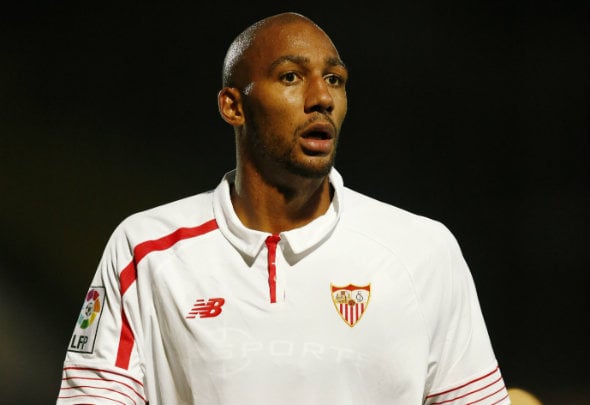 Liverpool are monitoring the situation of Steven N’Zonzi after Leicester had an £18million bid rejected for the player, according to a report.

The combative midfielder enjoyed a fine season with the La Liga club Sevilla and was an integral part of the side that went on to lift their third successive Europa League trophy.

N’Zonzi, 27, joined Sevilla last summer from Stoke, but the Mirror claim the defensive midfielder is keen on a return to the Premier League.

Liverpool, Manchester United and Arsenal are all credited with an interest in N’Zonzi with Leicester reportedly making a huge £18million offer for the Frenchman.

Sevilla have turned down Leicester’s bid and the Foxes are supposedly worried star midfielder N’Golo Kante could leave the club this summer in a big money move.

Leicester have already stated they will fight any approach for their big players and are looking to add more quality to their ranks as they look to defend their Premier League title and play in the Champions League next season.

Sevilla have reportedly told Leicester that N’Zonzi will not be allowed leave the La Liga club for a penny less than his £21million release clause figure.

N’Zonzi signed a four-year deal last summer and managed to score three goals last season in the league from his defensive midfield position.

In other Liverpool news, the Reds will have to face off with Foxes again in the pursuit of another midfielder.