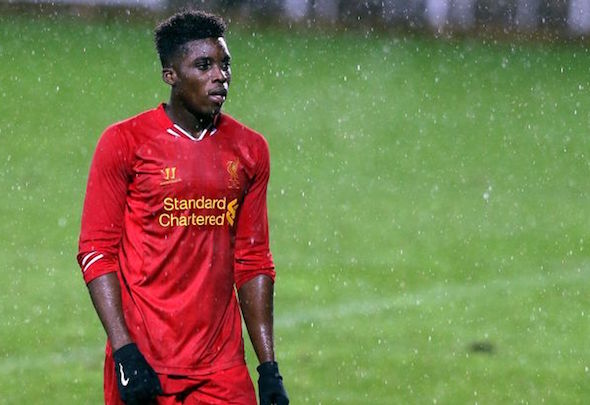 Sheyi Ojo has acknowledged he and his fellow Liverpool youngsters still have a lot to learn after the 3-1 defeat to Swansea on Sunday.

The winger was one of six players in Jurgen Klopp’s side to be aged 22 or under, but the youngest Reds eleven to ever feature in the Premier League era were well-beaten by a ruthless Swansea team.

Klopp’s academy graduates were clearly out of their depth against the seasoned top flight opposition, as the German made eight changes to his side ahead of the second leg of their Europa League semi-final with Villarreal on Thursday.

It was a long afternoon for watching Liverpool fans and Ojo was eager to thank the Reds faithful for the support he and his teammates have received despite the loss.

Ojo delivered the corner that Christian Benteke got on the end of to peg Swansea back to 2-1 in the second half.

Benteke’s header offered a glimmer of hope that perhaps Klopp’s half-time grilling could inspire a response, but Liverpool’s optimism was short-lived as Swansea quickly restored their two goal cushion.

In other Liverpool news, Michael Owen has given his verdict on Daniel Sturridge’s future after the striker headed straight down the tunnel after the Swansea defeat.