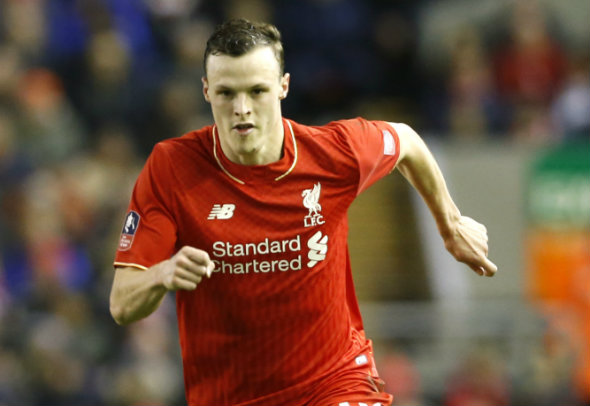 Brad Smith is prepared to do whatever it takes to become a first team regular at Liverpool next season, including going out on loan.

The Australian international has managed to turn his Liverpool career around in the last five months after being on the verge of an exit in November to making his full Premier League debut in April and Smith has revealed he is desperate to kick on again next season.

Liverpool’s current first choice left-back is Alberto Moreno and have been linked with a move for Lorient’s Raphael Guerreiro and Smith has admitted he is prepared to leave the club in the summer if Jurgen Klopp feels it is best for him.

“I think we’ll just play these games, a lot of boys have internationals, we’ll play these games, have a little bit of time off, go back for pre-season, stay fit and work hard and see what happens there really,” said Smith speaking to FourFourTwo.

“Hopefully do well at pre-season and stay at the club. But if not, speak to the manager and if he wants me to go out on loan and get experience I’m happy to do that as well.”

Smith’s campaign almost came to a sour end when he was sent off in the 2-0 defeat to Watford, but the full-back returned to the starting line-up in the final league game of the season to put in a solid performance.

The youngster rejected a new Liverpool deal last summer and spent time training with other clubs before returning to sign a new two-and-a-half year deal at Anfield in November.

Smith admitted it has been a rollercoaster year for him as a player, but is delighted with his choice to remain at Anfield.

“I was keeping in contact with a few of the staff members at the club, I was training on my own, training with a few clubs and just keeping fit.

“Keeping in contract with the club and we managed to sort it out, and went back, signed the deal. The manager saw a liking in me and then went from there really.

“It was difficult time for me and my family but we’re back from that now, It’s been a great season, the manager’s given me some chances and a few of the young boys as well.

“I’ve played 10 times this season. I’m enjoying my football and hopefully I can just keep it going.”

Smith is currently on international duty with Australia and is in line to be involved in Friday night’s friendly with England at the Stadium of Light.

In other Liverpool news, the Reds have been linked with a new left-back and here are five things you should know about him.