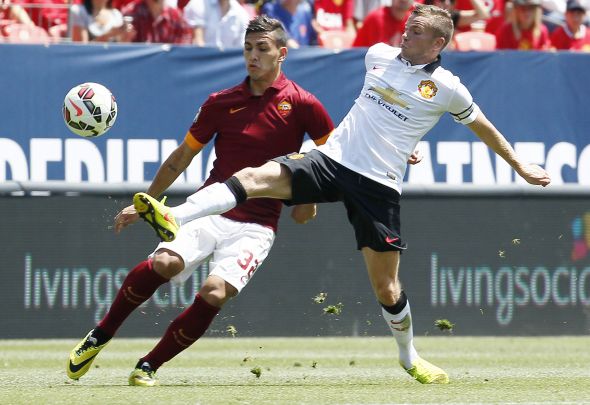 Liverpool are readying an eight-figure bid for Roma defensive midfielder Leandro Paredes, according to a report.

The Sun have claimed on Saturday evening that the Reds are set to launch a bid worth an initial £22.5million with £4million in bonuses for the 22-year-old.

It is believed that the young enforcer is available this window as manager Luciano Spalletti plans to bring Atalanta star Franck Kessie to his club, but he is looking to do so with the money received for Paredes.

However, it is believed that the Reds are not the only club interested in the Argentinian and the report states that Arsenal, Chelsea and Tottenham are also being linked with the player.

Paredes has been with Roma since the summer of 2014 before completing a £5million move from Chievo the following year after an initial loan deal.

He has made 35 appearances for the club in total from his defensive midfield position and 22 of those have came this season.

Liverpool are in desperate need for defensive strengthening after winning just one match from their previous eight fixtures.

However, with the window set to close on midnight on Tuesday the Reds will have to act fast to get this one over the line.

Liverpool may get fortunate with this one due to Roma’s willingness to let the player leave. The Reds would secure a quality signing, who would add to a very weak area in the Merseyside giants’ team. At 22 Paredes is not the finished article either and will have time to grow with the club and could become a star for a number of years. The £26.5million fee is quite steep, but Liverpool’s problems at the moment means it is a must before they fall too far away from the title. However, they must now ensure they get the signature of Paredes before those other clubs linked get involved.

In other Liverpool transfer news, Klopp has given his verdict on the future of this 22-year-old.