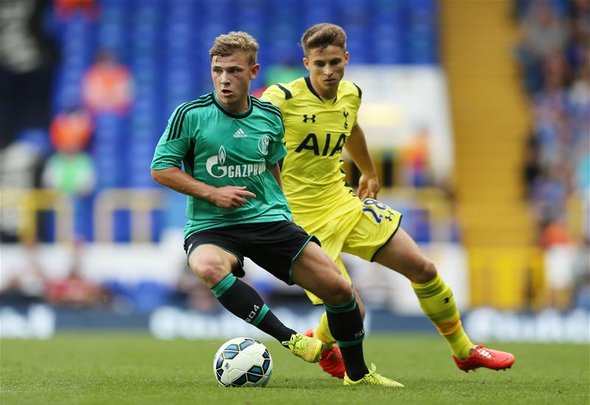 Liverpool are eyeing a £28million move for Schalke midfielder Max Meyer, according to a report.

The Merseyside club are set to clinch a £25million deal for midfielder Georgionio Wijnaldum and could now turn their attention to young prospect Meyer.

German publication Bild report that Jurgen Klopp is considering a £28million move for the German attacking midfielder, as he continues to strengthen his squad for the new season.

Liverpool have already recruited former Schalke defender Joel Matip this summer and he has begun his pre-season preparations with the club, playing in a friendly against Wigan.

He has earned one senior debut for Germany so far and that came against Poland during a friendly match in 2014.

The 20-year-old would be competing with similar styled players such as Philippe Coutinho, Roberto Firmino and Adam Lallana if he moves to Anfield.

Manager Klopp has already made a major signing in this window by adding forward Sadio Mane to his side last month.

Liverpool will be keen to improve upon their eight-placed finish last season and their new recruits, plus no European distractions, could see them challenge for the top spots for the first time since their runner-up finish in the 2013-14 season.

In other Liverpool transfer news, their defender has not traveled to the USA pre-season tour meaning a loan-deal could be on the cards.