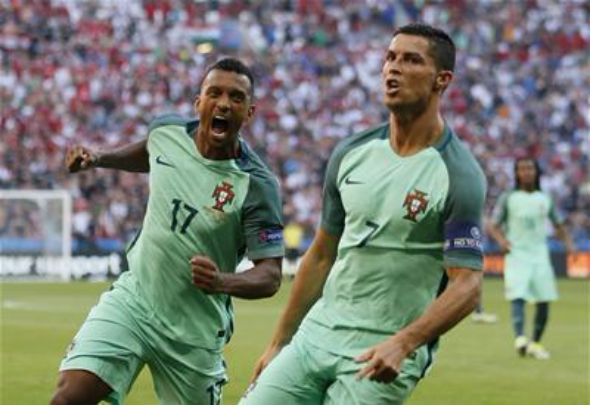 Liverpool have become the latest club to join the race for Fenerbache winger Luis Nani, according to a report.

Turkish newspaper Fanatik claim that the Reds are keeping close tabs on the Portuguese international, who has an £8.5million release clause in his contract.

Liverpool are in the market for a wide forward to play behind the striker this summer, and have been strongly linked with swoops for Bayern Munich’s Mario Gotze, Southampton’s Sadio Mane and Schalke’s Leroy Sane.

It is said he has offers from Valencia and Inter Milan, with the Spanish side considered the favourites to land him this summer.

Nani has been linked with a move away from the Turkish giants after falling out with head coach Vitor Pereira, but has revealed that he will not make a decision on his future until after Euro 2016.

Nani played as the spearhead of the Portugal attack in their 3-3 draw against Hungary on Wednesday, which was enough to secure third place in their Euro 2016 group and qualification for the knockout stages.

The 29-year-old scored his second goal of the tournament after also netting in Portugal’s opening match against Iceland in Saint-Etienne.

In other Liverpool news, Sevilla have joined the race to sign Reds midfielder Joe Allen.