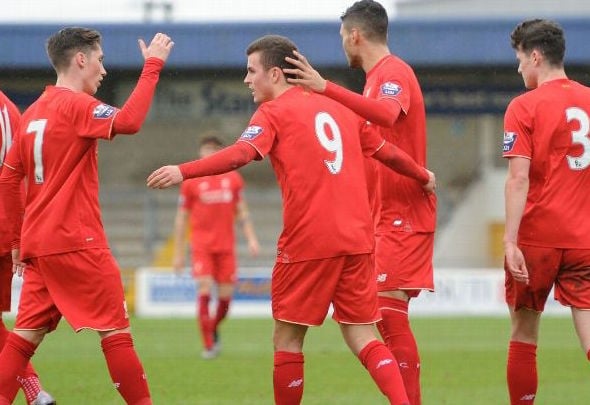 Real Salt Lake have confirmed the signing of attacker Brooks Lennon from Liverpool after the Merseyside giants sanctioned the player to exit Anfield.

The MLS club announced on their official Twitter account and official website on Wednesday that they had agreed terms with the Reds to land Lennon, 20, on a permanent basis after he spent last season there on loan.

Lennon made 26 appearances across all competitions with Real Salt Lake in the 2017 season, scoring three goals and supplying two assists in the process.

He had been on the books at Anfield since 2015 after signing from Salt Lake’s academy but failed to make a single senior appearance in England before returning on a loan deal earlier this year.

Now with the season in the USA ended, Salt Lake have moved to agree a permanent deal to land Lennon ahead of the 2018 campaign.

Lennon was probably never going to do much at Liverpool so it is a good idea to ship of the USA youth international now rather than waiting for him to see out his contract. The young forward, who can play in any attacking position, was perhaps signed with a lot of promise in 2015 but without him ever having a chance in the senior side, it’s hard to tell what sort of potential the player had. Real Salt Lake know what they’re getting with Lennon though after a successful loan spell in the MLS this year. As for Liverpool, it’s a bit of extra money made ahead of the January window and every little bit is sure to help.

In other Liverpool news, Jurgen Klopp has given the green light for this forward to exit Anfield in January.