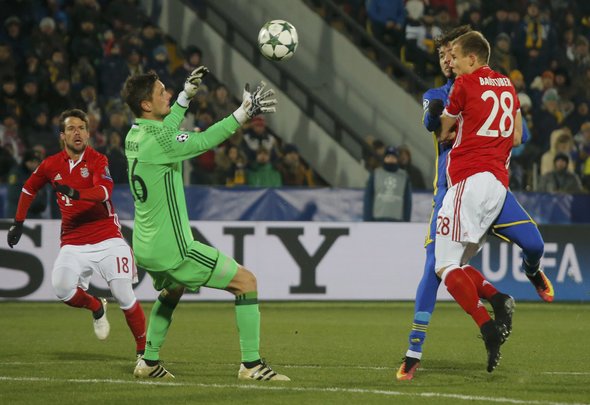 Jurgen Klopp must look to sign Bayern Munich centre-back Holger Badstuber on a free this summer.

Liverpool’s defensive woes have been much publicised this season, and although their first choice pairing of Dejan Lovren and Joel Matip are playing at the moment, they are still conceding sloppy goals.

Badstuber snubbed a January loan move to Man City after the Sun claimed Pep Guardiola was interested in reuniting with his former man, instead moving to Schalke, where he has made 11 Bundesliga appearances this campaign.

However the Sun reports Schalke are not interested in signing the 28-year-old on a permanent basis and a chief at his parent club has said he will leave Bayern as a free agent when his contract is up in the summer.

CEO Karl-Heinz Rummenigge said: “It was clear from the outset that after his loan with Schalke, Holger Badstuber is likely to look for a new experience abroad.

“FC Bayern Munchen wishes Holger all the best and would like to thank him for his exemplary commitment during his almost 15 years at Sabener Strasse.”

This could mean that Guardiola comes back in for the player, but Klopp should move to make the man his own.

Liverpool have already reaped the rewards of a free transfer from the Bundesliga in Matip, who coincidentally left Schalke last summer.

If Liverpool truly want to challenge for more than just the top four next season, they need defensive reinforcements who can come straight into the squad and make a difference – Badstuber could do that.

At 28, the 31-time Germany international is at the peak of his career and should be able to cope with the physicality and pace of the Premier League with ease.

He has made well over 150 appearances for Bayern proving he has the quality to cope at the highest level.

Matip, Lovren and Ragnar Klavan have all struggled with injuries this term and Klopp needs back up for his centre-backs – Badstuber would provide that and more.

He has had his own injury problems that have led to him playing just 29 times in 2½ years, but on a free transfer and a short contract to start, it’s not much of a gamble.

In other Liverpool news, according to this reliable journalist, the Reds are about to go on the biggest spending spree in their history.