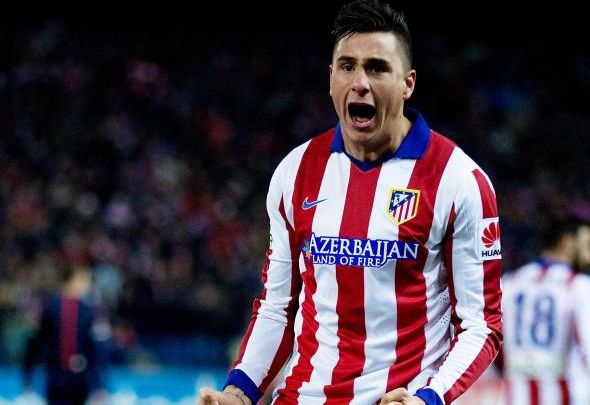 Liverpool are looking to solve their defensive crisis by signing Jose Giminez from Atletico Madrid, according to a report.

Spanish news outlet AS reports that Liverpool would have to trigger the La Liga enforcer’s £38.8million release clause in order to sign him.

Things won’t be easy for the Reds though because, as well as his mammoth release clause, Manchester United are also in the race to improve their defensive line by bringing in the La Liga enforcer.

Both of the two north-west rivals have told Giminez’s representatives that they wish to sign him in the summer transfer window.

They will be boosted by knowing that the 22-year-old is desperate for first-team football after struggling to convince Diego Simeone that he can be a permanent feature in his Atletico side this season.

The Uruguayan has only started seven league games for the Madrid club this season and has made a total of 19 appearances in all competitions.

Despite his relatively young age, Giminez is already a cultured international with 30 caps for his country playing alongside the likes of Luis Suarez and Edison Cavani.

He was signed by the Spanish club in 2013 from Danubio on a five-year contract.

Liverpool have struggled to keep their opposition at bay this season and have conceded more goals than any other club in the current top seven.

Klopp is finally beginning to look at making solid reinforcements to his ailing Liverpool defence and Giminez would be a great signing to make. The 22-year-old has a lot of experience for his age and being trained by defensive-minded coach Diego Simeone could mean that he has the potential to be a very sturdy addition to the backline. However the Reds face a few big hurdles in their race to sign Giminez; one being the huge release fee that’s in his contract and the other being the attraction of playing for Jose Mourinho at Old Trafford. The Portuguese boss usually gets his man when he wants him, but Champions League football is crucial for either side to seal this deal.

In other Liverpool news, a Sky Sports pundit has said that the Reds need to sign this international goalkeeper.