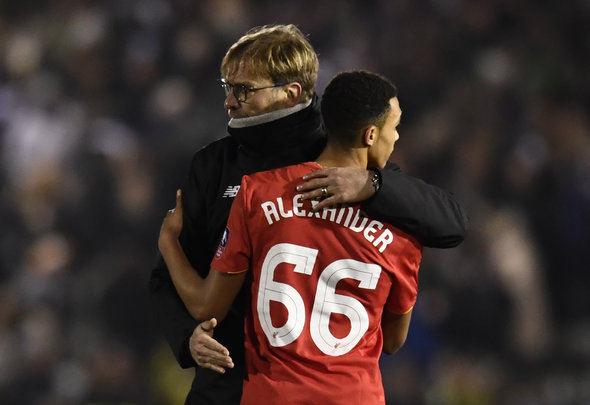 Liverpool tabled a six-figure bid for a 13-year-old but have lost out for his signature after being blown out of the water by Manchester City, according to a report.

The Times claim City have agreed to pay a record sum of £175,000 for a 13-year-old to see off Premier League rivals.

It is said that defender Finley Burns will move to the Etihad Stadium from Southend United after making waves in youth-team football.

The Times report that the overall cost to City will be £250,000 if Burns goes on to sign professional terms with the cash-rich Champions League outfit.

The Manchester outfit agreed the sum for the teenager amid strong interest from Liverpool, who tabled a six-figure offer, Chelsea and Arsenal.

Southend head of youth Ricky Duncan admitted last week that Burns had been snapped up by City.

“We would prefer our best young players to come through and play for our first team but the fact Manchester City are aware of youth players at Southend United reflects very well on what everyone is doing here,” said Duncan, as quoted by the Southend Echo.

“Man City could sign anyone from across the world so for them to come to us is a real compliment.

“There were four or five Premier League clubs after Finley in the end and it’s extremely difficult to keep hold of a boy once that’s happens.”

The sum paid by City is a further demonstration of the figures being paid by the big clubs for the outstanding young talent in England.

It also demonstrates the lengths City are willing to go to keep several steps ahead of their rivals when it comes to enticing unproven youngsters to their state-of-the-art academy headquarters.

In other Liverpool news, the club have agreed the terms of a deal for a brilliant young defender.