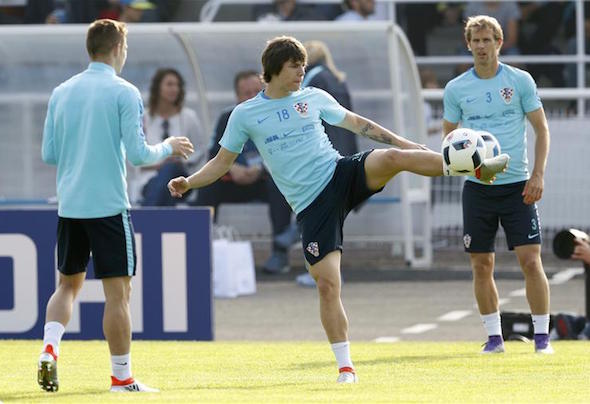 Teenage wonderkid Ante Coric has revealed he came close to joining Liverpool before opting to remain in Croatia.

The 19-year-old attacking midfielder was just a medical away from joining Jurgen Klopp’s men, but has decided to stay at hometown club Dinamo Zagreb and play Champions League football this season.

The attacking midfielder has been strongly linked with Liverpool and Tottenham this summer and the Mirror claim he pulled out of a move to join Manchester City earlier this month because he felt his first-team chances were slim.

The Daily Star claim Coric was to undergo a Liverpool medical this week ahead of an anticipated switch to the Merseyside giants.

However, the latest comments from the two-times Croatia international suggest the process never got that far before he pulled the plug on the deal.

“I am happy such big clubs want me, but I want to play with my favourite team in the Champions League,” he told Omnisport, as quoted by AOL.

“It was up to me to decide, all I needed to do was a medical, but I want to stay at Dinamo, where I can give a lot more.”

He has also already been capped by Croatia’s national team, which is a hugely impressive feat considering the options that the side have going forward, with the likes of Luka Modric, Ivan Perisic, Ivan Rakitic and Mateo Kovacic all playing in similar roles.

In other Liverpool transfer news, this midfielder has moved to Italy despite a Reds bid.