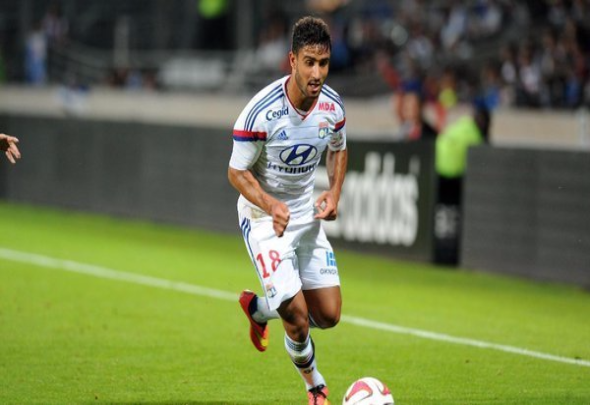 Liverpool boss Jurgen Klopp has contacted Lyon about the services of teenager Houssem Aouar, according to a report.

French website Foot Mercato claim that both Liverpool and Arsenal have made enquiries about signing the 17-year-old central midfielder.

The midfielder is unable to sign a professional contract until he turns 18 on the 30th June and Lyon are desperately trying to get the youngster to commit before his birthday.

It is said that the French club are confident Aouar will commit to a new deal but Liverpool are still keen to persuade him to move to Anfield.

Aouar has not yet made an appearance at senior level for Lyon but he has attracted attention from Europe’s big hitters for his performances in the club’s youth ranks.

The teenager played five times in the UEFA youth league for Lyon Under-19’s last season, making one assist in total.

Lyon’s president Jean-Michel Aulas has publicly said that he is hopeful that the Frenchman will stay in his native country, but that the power is in the player’s hands.

Aulas won’t stand in the way of any potential move and has said that the player and his agent are free to talk to any clubs when deciding his future.

Liverpool are looking for a top central-midfielder to fill the gap left by Steven Gerrard and while Aouar won’t be that man straight away Klopp may feel that in the future he can replace the Merseyside legend.

In other Liverpool news, the Reds have rejected an £8million bid for Joe Allen.