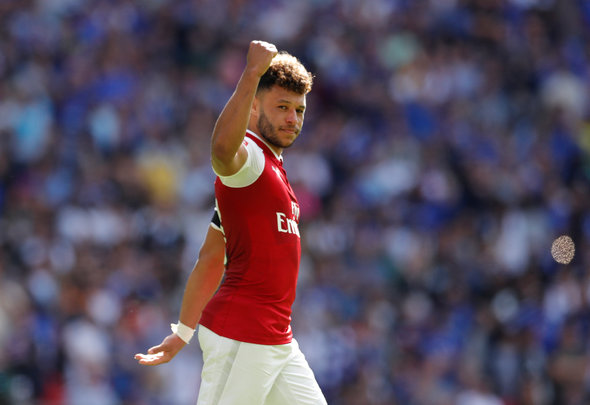 Arsenal have slapped an asking price of £40million plus £1 on Alex Oxlade-Chamberlain amid huge interest from Liverpool, according to a report.

The Sun claim the Merseyside giants now lead the chase ahead of Chelsea to sign the England international, who has yet to sign a new Gunners contract and could leave by next Thursday’s transfer deadline.

It is said that Arsenal have had to “review their position” over Oxlade-Chamberlain after manager Arsene Wenger insisted he was not for sale this summer.

The 24-year-old has snubbed a number of contract offers from the north Londoners as he looks to take advantage of his contract situation, which would allow him to leave on a free next summer or quit for a relatively cut-price fee within the next five days.

The Sun report that Arsenal may withdraw Oxlade-Chamberlain from their squad for Sunday’s clash against Liverpool at Anfield and then open talks with both the Merseysiders and Chelsea.

Intriguingly, the price tag has echoes of the £40million plus £1 bid from the Gunners for Luis Suarez in 2013, which prompted Liverpool chief John Henry to question what they were “smoking” at Emirates Stadium.

The Mail claim the Merseyside giants have already made a “serious” move for the England international ahead of transfer deadline day as the battle for his signature hots up.

In other Liverpool transfer news, Leeds are overwhelming favourites to sign an Anfield first-team player by next Thursday.