Naby Keita will not be allowed to leave Liverpool if Georginio Wijnaldum moves to Inter Milan when his contract expires in the summer.

That is according to ex-Premier League goalkeeper Paul Robinson, speaking exclusively to Football Insider after FC Inter 1908 reported that the Serie A leaders have a “handshake” agreement with the Dutch midfielder in place.

Keita joined Liverpool for £52.75million in 2018 but fitness issues have meant he has failed to live up to his billing. 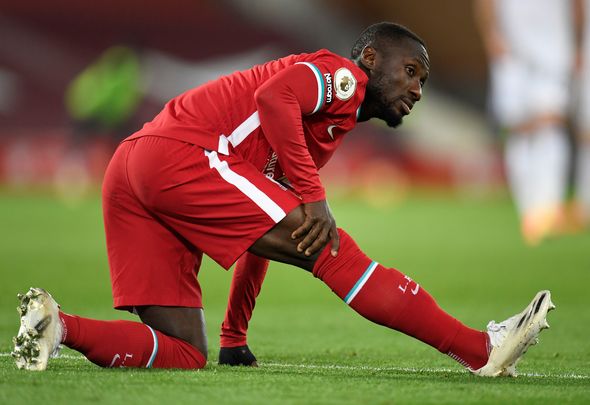 Football Insider revealed in early February that Liverpool would expect to recoup no more than £30m for Keita if they sold him this summer.

Robinson claims that the club will be reluctant to see two midfielders leave in a single window and predicts that Keita will stay at Anfield to fight for his place.

He told Football Insider correspondent Dylan Childs: “He’s got to be fit first in order to play for his future. He hasn’t played enough games.

“But the way that Liverpool have had injuries this season and with a threadbare squad, I can’t imagine the manager’s going to want to see many players leaving this summer.

“They’ve got Wijnaldium to sort out too. I don’t think Keita will be going anywhere. He’ll probably try and get a good pre-season and see how he goes for the first half of next season.

“But he needs a run of games and he needs to prove that he can stay fit for a length of time.”

Liverpool have wilted in the league this season after securing their first title in 30 years in 2019-20.

Jurgen Klopp’s men face a battle to get into the top-four and are currently four points off the pace after a 1-0 defeat to Chelsea on Thursday evening.

In other news, a top pundit has blasted Alex Oxlade-Chamberlain and claims he must work harder to impress Klopp.