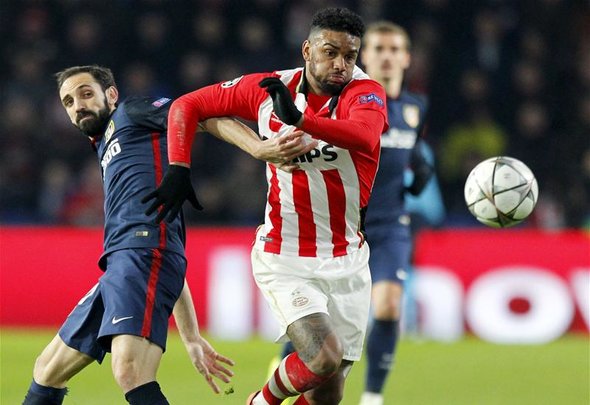 Jurgen Locadia has revealed he dreams of following in the footsteps of new Tottenham signing Vincent Janssen.

The PSV Eindhoven winger watched on as his Dutch compatriot left AZ Alkmaar last week and is eager to also move away from his home country and into the big-time.

Janssen was the top scorer in the Dutch League last season with a virtual goal-a-game haul of 27 goals in 34 games, a goal every 105 minutes compared to one every 135 for current north London talisman Harry Kane.

Locadio, also aged 22, is a highly regarded talent in the Eredivisie and scored 12 goals and provided 14 assists in all competitions for PSV last season.

The former Holland Under-21 international has an impressive productivity rate for a winger, scoring 50 goals and supplying 29 assists in 150 PSV appearances.

“It’s something to think about. I’m getting older,” the 22-year-old told Voetbal International this week. “Just look at Vincent Janssen. Getting a good year and the opportunity is in rush hour and then go to a nice club (Tottenham Hotspur). That’s my dream.”

While the former FC Emmen forward is yet to make a first team appearance for his country, Janssen has become the spearhead for his international team.

He has scored three goals in five international appearances even though he only made his international bow in March and scored the equaliser from the penalty spot in the recent friendly against England at Wembley.