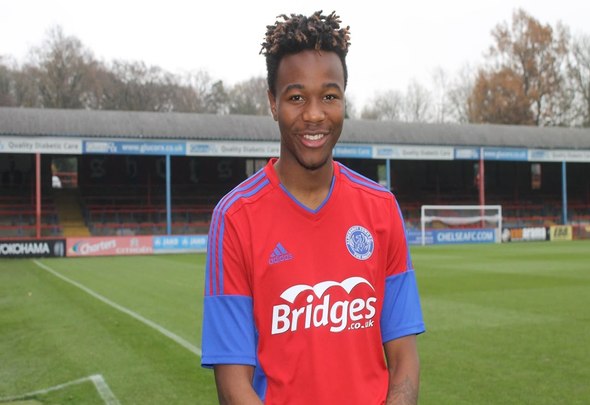 Long-time Tottenham target Kundai Benyu is poised to quit Championship club Ipswich this summer, according to a report.

The Daily Mail has claimed that the 19-year-old bright prospect is set to walk out on the Suffolk-based side with his contract expiring this summer.

The central midfielder has never played for the Ipswich senior team, but the report details that he broke into the first team squad as a 16-year-old.

Benyu also spent the second half of the campaign on loan in the National League with Aldershot after a falling out with Ipswich manager Mick McCarthy due to attitude problems.

However, it is understood that his work with Gary Waddock’s team in the Conference has convinced scouts he has got himself back on track and senior men from each of Tottenham, Aston Villa, West Ham and Celtic have reportedly been to watch him.

The north London side are known to be long admirers of Benyu and the Mail claims that Spurs invited him to be part of their NextGen Series squad in Amsterdam last summer.

The youngster certainly meets the club’s quota of signing up and coming players and if he can be picked up on a small compensation package then he could prove to be a very smart piece of business in the future.

Tottenham have had some success of purchasing young up and coming players in recent history and Dele Alli and Eric Dier are currently excelling in Mauricio Pochettino’s team. However, there have also been some mistakes and none more so than the purchase of former wonderkid John Bostock from Crystal Palace nine years a go. There’s always a risk when buying potential rather than the finished product and although Benyu’s CV reads good on the pitch, it doesn’t look as great off it. He certainly wouldn’t be the first former bright prospect to go off the rails and Tottenham may be best steering clear of this deal.

In other Tottenham transfer news, Spurs fans have urged the club to sell this attacker.