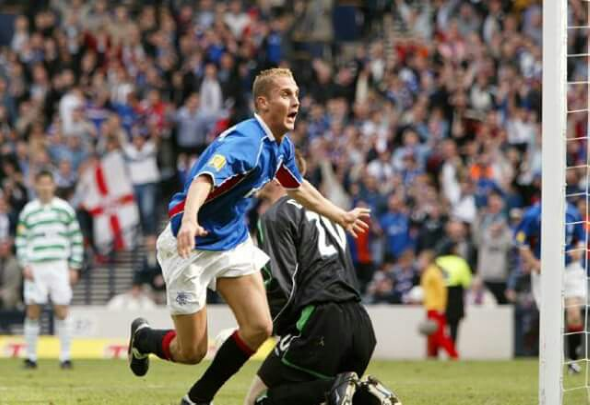 Rangers legend Peter Lovenkrands has taken to social media to announce that he has taken up the position of reserve team coach at Ibrox.

With the reserve league set to return next season, the job will be very important in getting players ready to make the step-up to the first-team, and Lovenkrands is looking forward to getting started in the role.

“Very happy to have signed a full time contract at Rangers as coach for the Reserve team, really looking forward to getting started” he said on his personal Twitter account.

Very happy to have signed a full time contract at @RangersFC @RFC_Youth as coach for the Reserve team, really looking forward to getting started 🇬🇧💙 pic.twitter.com/zVLwAxmVH0

Lovenkrands, who played for the Gers between 2000 and 2006, winning two league titles in the process, has recently returned to Ibrox as a youth academy coach.

This appointment of Peter Lovenkrands to reserve team coach makes sense, as he has been working with young players in the Gers academy in recent times. It will be interesting to find out if Steven Gerrard and Mark Allen had any input on the appointment, you would have to think so as they seem to be taking a very hands-on approach to life at Ibrox. Lovenkrands will play a big role in the Gers future, as you would have to imagine that the players involved in the new reserve league going forward will be expected to play a part in the first-team eventually. The appointment continues the winds of change that have continued to swirl around Ibrox since Gerrard was appointed as the Gers first-team manager. So far all the changes made have been warmly received by the club’s support, and the news of Lovenkrands’ new position is likely to be rapturous received, as he was a club legend as a player.

In other Rangers news, fans have given their verdict on a recent Gers departure