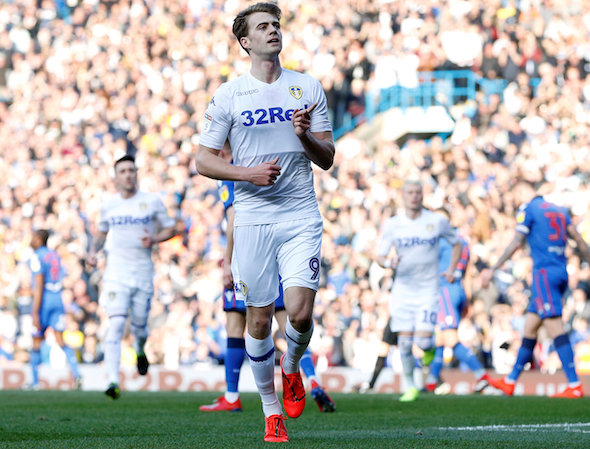 Noel Whelan has expressed his concern about Patrick Bamford ahead of Leeds United’s Championship showdown against Birmingham City today (Saturday).

United head into the St Andrews encounter second in the intensely competitive English second tier and well placed to secure automatic promotion to the Premier League.

Bamford is expected to lead the line from the start even though Kemar Roofe is set to return to the Leeds squad for the first time since breaking down in mid-February with a knee injury.

Speaking exclusively to Football Insider, our brilliant new columnist Whelan explained why he is worried about Bamford following a run of three consecutive blanks, which included a missed penalty in last weekend’s 3-2 win over Millwall.

“He looks like he has the weight of the world on his shoulders,” ex-Leeds striker Whelan said. “I rate him highly, he is a level-headed guy and a polite young man.

“But he’s missed a lot of chances recently, the penalty and a load of sitters against Reading. He is snatching at them and needs to relax a little bit more.

“It’s easy to say that, I know as I’ve been there myself, worrying about where your next goal is going to come from. Patrick is going through a difficult spell, and sometimes you need a little bit of luck to come out of it.

“With Kemar coming back, Leeds now have a real weapon on the bench and if Patrick struggles again today, it won’t be long before he is replaced.”