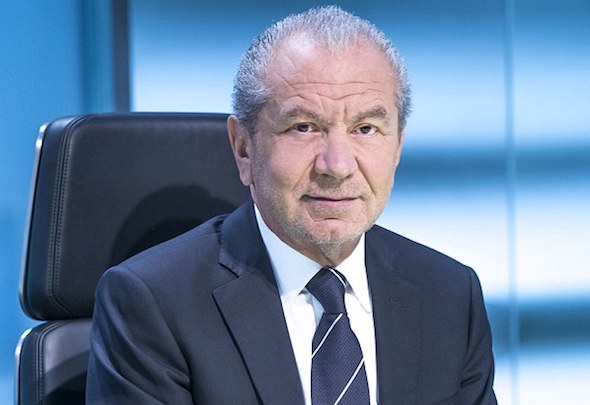 Lord Sugar has laid into Piers Morgan on Twitter and accused him of single-handedly masterminding the campaign to get the Arsenal manager out of the Emirates.

Morgan, a big Arsenal fan, has been one of the most high-profile critics of Wenger in recent years and has frequently attacked him on social media.

However, after the news of Wenger quitting at the end of the season broke, Morgan was uncharacteristically quiet, sending one tweet that just said, “Breaking: Wenger out.”

Following this tweet, Lord Sugar said that “Maybe he has lost his bottle now and realised he will be blamed for the possible demise of the great club.”

He asked for comments from Arsenal fans.

Strange that @piersmorgan is not crowing from high trying taking the credit it was him who single handed mastered the campaign to get Wenger out. Maybe he has lost his bottle now and realised he will be blamed for the possible demise of the great club. COMMENTS PLEASE !

Morgan has been pretty consistent over Wenger and has made no bones about the fact that he wants him out. To be fair to Morgan, his tweet following the news he’s been waiting for was pretty classy and restrained. We would imagine that even Morgan will now join with all the other Arsenal fans in sending Wenger off as a hero. Anything else would be a disgrace. As for leading to the demise of a great club… that’s great for headlines, but it’s unlikely to happen. Arsenal will have been planning for this although there’s no doubt that it’s going to be a tough job for any manager. Who would want to step into Wenger’s shoes?

In other Arsenal news, ‘Next Wenger’ – Arsenal fans react as new name overtakes Rodgers as favourite for manager job