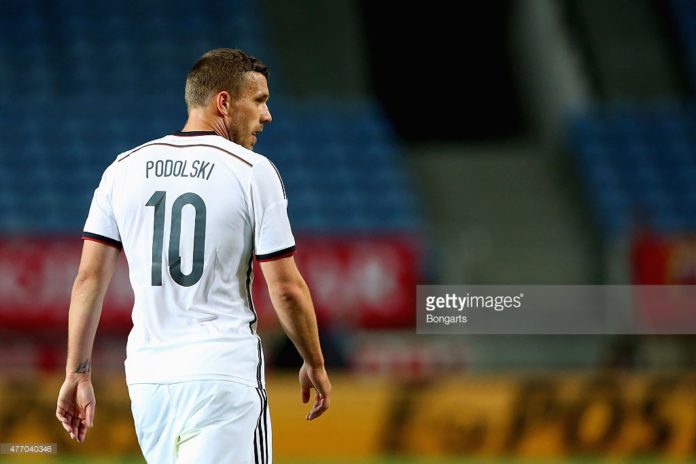 The Turkish club have agreed a fee for Podolski with Arsenal and he is close to finalising personal terms.
It brings to an end the 30-year-old’s three-year spell at Emirates Stadium.
Podolski fell out of favour in the first half of last season, which he spent on the fringes of the Arsenal team, before joining Inter Milan on loan in January.
The Germany World Cup winner struggled in Italy and did not do enough to earn a permanent move to San Siro.
With a year remaining on his Gunners deal, he was set to return to north London but, as revealed by Football Insider, Galatasaray offered Podolski a contract and opened negotiations with Arsenal about a deal that has now been finalised.
Arsene Wenger regards him to be at the bottom of the pecking order of senior forwards and attacking midfielders at Arsenal, where he is vying for a place with the likes of Alexis Sanchez, Mesut Ozil, Alex Oxlade-Chamberlain, Santi Cazorla, Aaron Ramsey, Theo Walcott, Olivier Giroud, Jack Wilshere and Danny Welbeck.