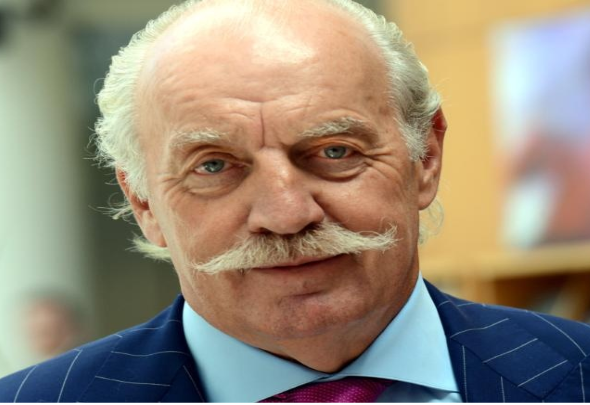 Dermot Desmond is personally responsible for Celtic blowing 10-in-a-row and they would be uncatchable if he had invested just half the cash of Rangers chiefs.

That is according to finance expert and new Football Insider columnist Kieran Maguire, speaking exclusively after Rangers went 21 points clear at the top of the Scottish Premiership following Sunday’s draw against Hamilton.

Rangers have spent big and operated at a loss every year since their reformation in 2012 but remain adamant of the long-term profitability of the club.

Over the same period, Celtic pursued a self-sufficient financial model and made a profit in seven of the last nine seasons, with no external funding.

But Maguire believes that investment from billionaire majority shareholder Desmond could have extended Celtic’s dominance over Rangers over the past decade and secured a tenth successive title.

He told Football Insider correspondent Adam Williams: “Because they took a lower cost option, it meant they were susceptible.

“There’s no doubt that Rangers have gone all-in this season to try and stop 10-in-a-row. That’s their first and foremost objective, which has been achieved.

“Desmond could have invested something. He’s not put anything in at all. Even if he’d put half the money in that Rangers have, that would have made the gap sufficient to prevent Rangers from challenging.

“Celtic aren’t just going to come 2nd this year, they are going to be light years behind.”

Celtic’s most recent annual figures show the club making a profit of £100,000, down £13.2million on the previous financial year.

In other news, a former Rangers favourite has heaped grudging praise onto a Celtic striker.