Divock Origi has given Liverpool a scare ahead of their Premier League clash against Tottenham next week.

The striker has broken down in training while on international duty with Belgium and has pulled out of their squad ahead of next Tuesday’s friendly against Portugal.

Belgium manager Marc Wilmots revealed on his Twitter account that Origi is “out” of the Portugal match and has been replaced in the squad by Everton’s Kevin Mirallas.

Wilmots did not specify what injury Origi had suffered or how serious it is.

There will be anxiety on Merseyside about the nature of the injury given Origi’s growing significance in Jurgen Klopp’s squad.

.@DivockOrigi is out for #porbel. He will be replaced by Kevin Mirallas (@Everton) in the squad.

The Belgian started last Sunday’s 3-2 defeat to Southampton in a two-pronged attack with Daniel Sturridge and has emerged as the second-choice front man ahead of Christian Benteke.

In an injury-disrupted debut Liverpool campaign, Origi has scored five goals in 26 appearances, 12 of which he has started.

The Merseysiders will hope he will be fit for the Premier League clash against Tottenham on Saturday of next week and the Europa League quarter-final first leg against Borussia Dortmund five days later.

In other Liverpool injury news, Klopp has delivered updates on the fitness of Roberto Firmino, Alberto Moreno and Lucas Leiva. 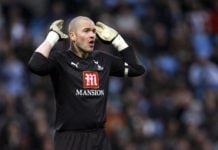