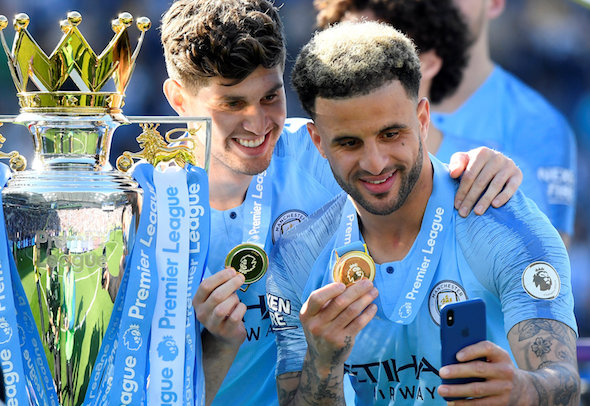 Man City are plotting a new raid on Everton for Mason Holgate – and may offer John Stones in part-exchange.

Last season’s Premier League champions were keeping close tabs on Holgate, 23, before he signed a new contract with the Merseysiders in early March.

A City source has told Football Insider the club are still keen on the centre-back although accept it will be even harder to prise him from Goodison Park now he is tied down until 2025.

One intriguing possibility being considered would be to offer Stones as part of a cash-plus-player deal for the Everton man following his dramatic improvement this season.

The Merseysiders handed Holgate a much improved contract earlier this year and valued him at £40million before the Covid-19 pandemic.

Football Insider revealed yesterday that Pep Guardiola’s side will listen to offers for Stones, 26, as they prepare for a summer defensive overhaul.

He has slipped down their centre-back pecking order following a season in which he has suffered form and fitness problems.

With two years remaining on his contract, this summer could be the last chance City have to recoup a significant portion of the £47.5m paid to Everton four years ago.

Like Stones, Holgate learned his trade at Barnsley and he has come on leaps and bounds this season.

He is now firmly established in the centre of Everton’s defence and has started 21 of their last 22 Premier League matches dating back to October.