The Premier League champions are among a number of elite clubs who have been alerted by the youth-team performances of the 18-year-old attacker.

A City source has told Football Insider the club are keeping close tabs on Philogene-Bidace ahead of the summer.

He is out of contract at the Midlands giants at the end of this season, when he will be free to sign for a new club.

Philogene-Bidace is highly regarded by Villa and they are keen to secure his long-term future and tie him down to a new contract.

His rapid development and technical ability is also catching the eye of clubs overseas including Ajax and Bayern Munich.

Both of the European giants have sent scouts to report on the wonderkid in recent months after being alerted to his immense promise.

This could be key in forcing Villa into action as the rising star could join an overseas club when his contract expires for minimum compensation. 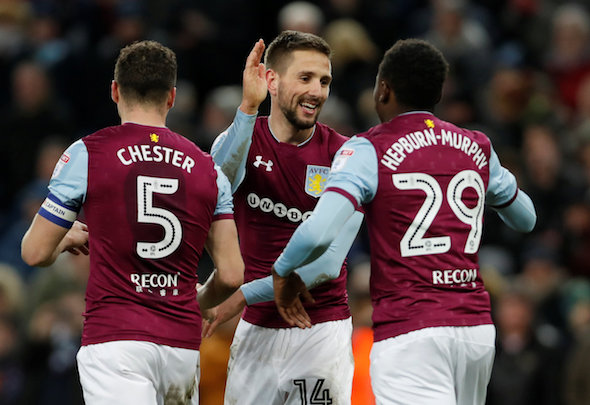 Philogene-Bidace, who has already trained regularly with Villa’s first team, has scored six goals in 10 Under-18 matches for the club and has made the step up to the Under-23s side with ease.

A versatile forward, he played regularly for the Under-18s on the left wing but has started the last two Under-23s matches on the right flank.

In other Aston Villa/Man City news, it can be REVEALED that the club are to tell senior defender to find a new club.