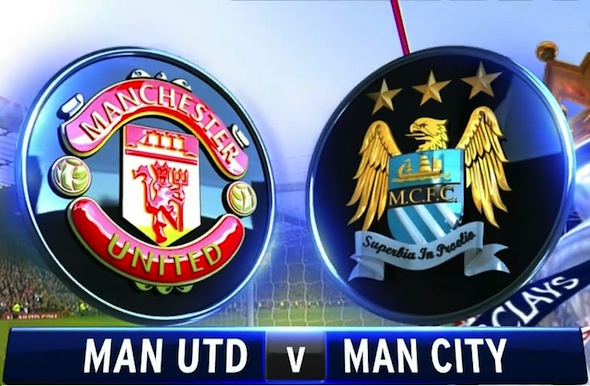 Manchester United’s first attempt to vindicate their status as title contenders went horribly wrong at Arsenal, but Manchester City’s visit to Old Trafford presents them with a chance of reprieve…or so it seems.
The Theatre of Dreams has lived up to its name this term as far as Louis van Gaal is concerned and his troops will be confident of overhauling their cross-town rivals based on their stellar home form.
Confidence is not something Man City are lacking in either though, as they traverse the UK’s seventh-most populated province having lost more times on the homestead than they have on their travels in 2015/16.
Their record at the home of their arch rivals is one that will enhance the self-esteem in the Citizens camp, but shorn of their most potent weapon, there’ll be plenty of punters deterred from making a wager on Manuel Pellegrini’s men.
Sergio Aguero has scored eight of his 115 City goals over as many appearances against the Red Devils.
No one can debate just how impressive such a return is and while it’s tough not to miss a player as awe-inspiring, the absence of the Argentine is no reason not to back the top-tier pace-setters here.
Win, Lose or Draw?
Aguero rarely misses out when he lines up against Man Utd, but City have coped just fine against this foe when their main man has been confined to his sick bed.
His first start against the Red Devils was in his side’s famous 6-1 routing of the side then managed by Sir Alex Ferguson at Old Trafford.
Since that fateful 2011/12 day, United have won just three of eight Manchester derby duels and each of these involved Aguero from the start.
He wasn’t required from the first whistle in either of City’s two victories on enemy territory since said demolition and have a record of two wins from two during his latest stint on the sidelines.
An aggregate score of 7-2 across the pair of fixtures in question is testament to the depth of goalscoring reserves at their disposal and the visitors remain capable of perforating United’s ironclad defence that has leaked just three times in seven home matches so far.
A 4-1 drubbing at Tottenham aside, the Citizens haven’t conceded multiple goals in any of their six away matches to date and with United’s attacking muscle failing to match their defensive diligence in more than one home match this term, the away team are well in with a shout here.
Recommended bet: Man City to win @ 7/4
Over/Under?
If ever there was a game for the overs backers, this is it.
Just twice since the start of the 2011/12 edition has the Manchester derby played into the hands of the under lovers and both of these renewals took place at the Etihad.
The last four face offs contested at Old Trafford yielded a total of 19 goals, while frequenters of said stadium have witnessed four successive fixtures hurdling the 2.5-goal threshold this season.
United have scored three times in as many of these games, while City haven’t failed to find the net on the road so far this season.
Over 2.5 goals is free money at 18/25, though there’s value in backing at least four strikes at odds-against.
Recommended bet: Over 3.5 goals @ 19/10
Who’s going to score?
When Aguero has been missing, the Citizens have often called in Edin Dzeko to shoot down United.
With the Bosnian on loan at Roma, they’ll need to look elsewhere and Belgian schemer Kevin De Bruyne rates as good an alternative as any.
The flame-haired conjurer has failed to bag in just two of the seven matches he has started.
United’s form player in terms of rustling the onion bag is Juan Mata, who has notched four in his last eight. Being withdrawn five minutes prior to the Red Devils being awarded a penalty against Liverpool denied him a fifth in this sequence.
Rested against CSKA Moscow in midweek, the Spaniard looks a good price to notch any time at 9/4, but backing De Bruyne is the way to go.
Recommended bet: De Bruyne to score anytime @ 9/4
Left-field flutter
City have leaked exactly one goal in each of their last six, with the last three of these coming between minutes 15:01 and 30.
United struck twice in this timeframe against Everton, so expect one of the net bulgers of the deluge forecast to fall here.
Recommended bet: Man Utd to score one between 15:01 and 30 minutes @ 13/4
Get the best odds and a £30 free bet now by clicking here
This article was kindly supplied by News.Bwin.com