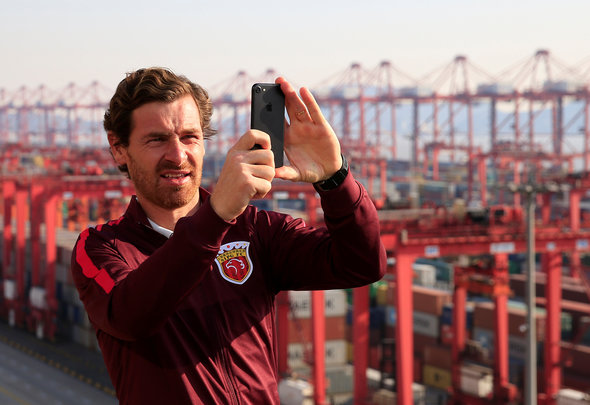 Reliable journalist Shane Burns claimed on his personal Twitter account on Tuesday night that Villas-Boas, 40, had agreed to exit the ultra-rich Chinese club that boasts like likes of Brazil internationals Oscar and Hulk in their side.

This comes after the Times reported that the former Tottenham and Chelsea boss was facing an uncertain future with Shanghai SIPG and had been in talks with Everton over becoming the successor to Ronald Koeman.

Everton have been on the hunt for a replacement to the Dutchman for over five weeks after he was fired due to a terrible start to the season.

It seems that the Merseyside club has stepped up it’s efforts to find a permanent manager after two heavy defeats last week that saw them concede nine goals.

David Unsworth has been in caretaker charge but has won just one of his seven games at the helm.

Everton seem like they are on the verge of getting Sam Allardyce but Villas-Boas quitting Shanghai could have thrown a potential curveball the way of the Toffees. He is a young, exciting manager who perhaps deserves a second shot in the Premier League. He didn’t do great with Chelsea but is still held in high regard by most Spurs fans. The ex-Zenit boss is likely to return to England one day in the future but he seems to be struggling to hold down a job on a long-term basis. China isn’t the best place to go for managers like this, with the amount of money they throw around they’ll be more than happy to sack and replace whenever a bad result goes against them.

In other Everton news, Unsworth has confirmed the clubs’ plans for the January transfer window.