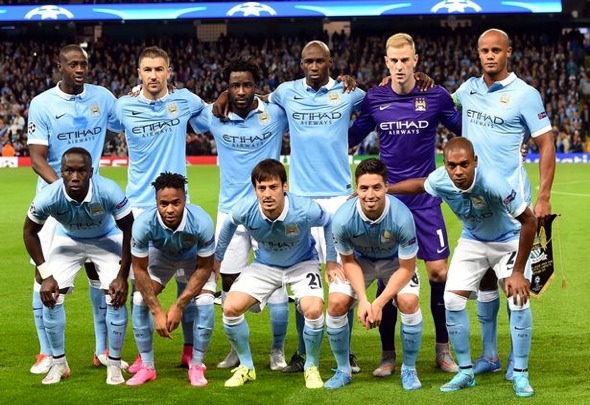 In the fifth part of our series chronicling the greatest-ever players at Europe’s biggest clubs, Football Insider lists the top five in the Manchester City hall of fame. Taking into account factors such as individual brilliance, impact on the team, overall achievement and staying power, we rank the outstanding performers, in reverse order. Here is our City five greatest.

5. Bert Trautmann 1949-1964 (545 appearances)
Served with the Luftwaffe during the Second World War, and was captured by British forces towards the end of the conflict and transferred to a prisoner-of-war camp in Lancashire. City’s decision to sign an ex-German paratrooper in 1949 sparked mass protests but over time Trautman’s performances in goal won the City fans over. He firmly established himself in City folklore in the 1956 FA Cup final, when he broke his neck fifteen minutes from full time. Remarkably, he continued playing and was able to collect his winner’s medal.

4. Yaya Toure 2010 – (225 appearances)
One of the greatest sights in Premier League history has been the big Ivorian gathering the ball from inside his own half, swatting aside opponents as if they were flies and accelerating across the turf with the force of a tank and the speed of a runaway train. Has any player of such height and power ever been so quick? But Toure is more than a barnstorming midfield driving force. He is also a playmaker, prolific goalscorer and dead-ball specialist. Not bad for a player who had featured almost exclusively at centre-back for Barcelona the season before becoming the best-paid player in City’s history. His growing disinclination to track back grates, as do the voluble antics of his agent (the birthday cake saga was a big embarrassment to Toure and the club who pay him so well), but there remains considerable goodwill towards this giant of the game.

3. David Silva 2010 – (229 appearances)
Sets the tempo for the best City team in history with his touch, vision and surgically precise passing. The immortal sporting phrase ‘floats like a butterfly and stings like a bee’ could have been coined for this Spanish maestro. Silva’s easy-on-the-eye style should not disguise a fierce will to win and a capacity to thrive in the big matches and at the big moments. When the going gets tough, Silva is the player, more than any other, who makes sure City get going.

2. Colin Bell 1966-1979 (500 appearances)
Before the largesse of Sheikh Mansour revolutionised a club and a city, the ‘King’ was by common consent regarded as the greatest player to pull on the sky blue shirt. Spearheaded City to their only 20th century league title, and assorted Cup triumphs, with his midfield excellence. Had a goal return that most strikers would be proud of but was completely selfless and was regarded by his peers as the ultimate team player. Duly had a stand named after him at the club’s old Maine Road stadium, although the Bell End would become one of the more infamous nomenclatures of English football.

1. Sergio Aguero 2011 – (168 appearances)
He could make this list just for that goal four minutes into injury time, the one that clinched a title, produced the single most dramatic moment in Premier League history, ended four decades of despair and brought tangible reward for £1billion of petro-dollar investment. Pre-Abu Dhabi takeover, City could never have dreamed of enticing a player of Aguero’s renown, not to mention kept him for four years. But the two have been an unlikely, and perfect, fit. The Argentine maestro has supplied the goals, the audacity and the brilliance to elevate City to two title triumphs, and has been one of their few players not to disappoint in the Champions League arena. There is also the sense there is plenty more to come from him. If Aguero can avoid those hamstring niggles that have disturbed his availability, he could set records that stand for a generation.