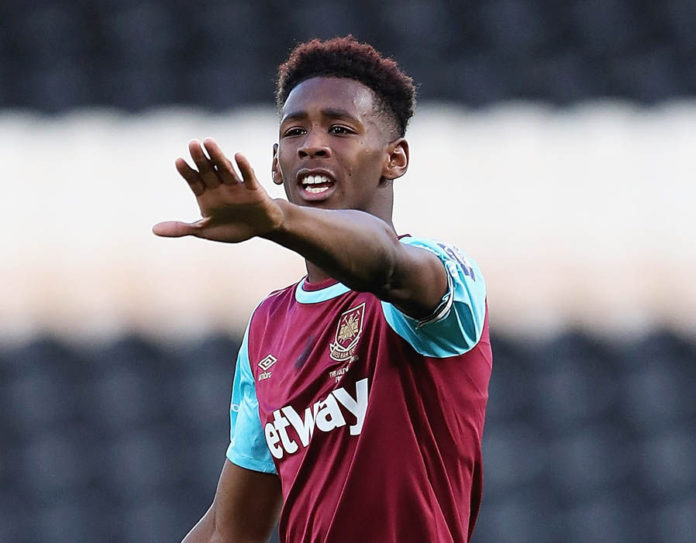 Manchester United made a bid worth £15million for Reece Oxford but he turned them down to stay at West Ham, according to a report.

The Sun claims United thought they had sealed a deal for the defender but Oxford opted instead to sign a new contract with West Ham after spending the last five years in London and rising through their academy ranks.

The club announced on their official Twitter account on Friday morning that the defender had signed a new long-term contract to mark his 18th birthday.

Oxford’s new deal will keep him at the club until 2021 as he has extended his stay by an extra four-and-a-half years.

The Sun report that United were willing to go big for Oxford by paying an initial £8million to be supplemented by a further £7million depending on appearances and trophies won.

The versatile teenager, who can play in central midfield or defence, became West Ham’s second youngest player when he made his debut against Arsenal last season, aged just 16.

He has since gone on to make 14 appearances for the club and has demonstrated his ability to play in midfield as well as in defence.

Since joining the academy at the age of 13, Oxford has gone on to impress the coaching staff and was named on the substitutes bench for a first team clash when he was just 15.

He is regarded as one of the best English youngsters in the Premier League but it is West Ham who have secured his services for the future.

Oxford has a great opportunity to break into the first team as a regular at West Ham by the end of this season or the next so it was a good decision to remain at the club he has grown up with. He has huge potential and there’s no wonder a number of club’s were after his services but Manchester United would not give him as much patience or opportunity as he is expecting to receive at West Ham. It certainly comes as a blow for Jose Mourinho though, as United are still in need of full-back options with Matteo Darmian’s departure imminent.

In other West Ham news, Bilic has made this decision on the future of this 25-year-old.