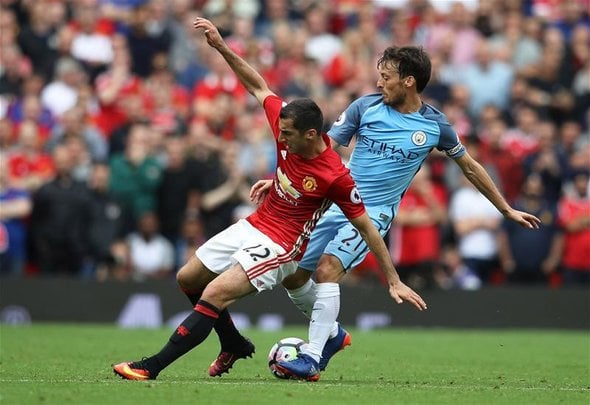 Manchester United attacker Henrikh Mhkitaryan played 85 minutes against Everton on Sunday – and the club’s supporters were impressed with his performance.

The 27-year-old looked extremely threatening in the 1-1 draw against the Toffees at Goodison Park.

Zlatan Ibrahimovic appeared to have given his side the three points with a chipped goal in the first-half, but Leighton Baines scored an 89th minute equaliser from the penalty spot.

Mkhitaryan was replaced by Marouane Fellaini and the latter conceded the costly penalty against his former club.

Mkhitaryan is unreal. His boots are wands.

Had been wishing we had our own de Bruyne…we do now, his name is Mkhitaryan. Has been terrific today. #mufc

Mkhitaryan has been good, his movement is troubling them & his the only bright spark in our attack today. #MUFC

Mkhitaryan made his 10th United appearances on Sunday and has emerged as an important player under Jose Mourinho.

The winger has been frozen out of the starting XI for much of this season, but has forced his way back into contention with some good performances in the Europa League.

He is beginning to match the form that earned him a move from Borussia Dortmund in the summer, where he scored 23 goals and supplied 32 assists in 52 appearances.

The Armenia international if now beginning to show his quality and will hope to help United chase down a top four spot.

The draw against Everton means Mourinho’s side are sixth-placed in the table and nine points adrift of fourth-placed Manchester City.