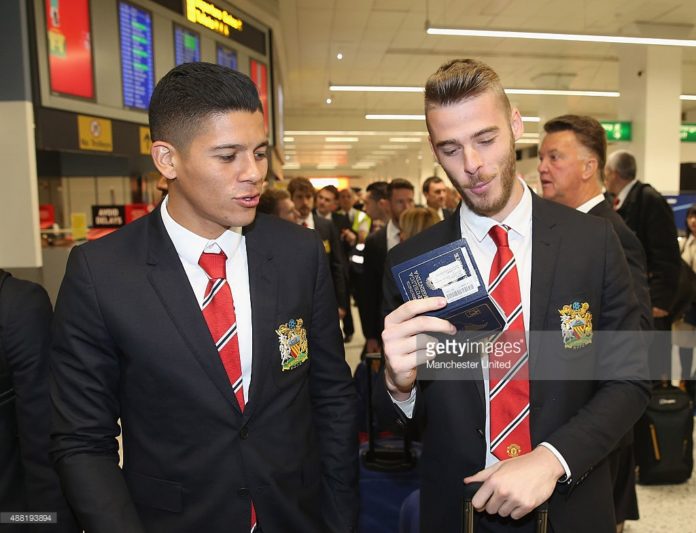 Louis van Gaal will lead Britain’s highest revenue-generating club back into the competition on Tuesday night when they face PSV Eindhoven in their Group B opener.
With United set to publish their accounts for the year ending 2014-15 on Thursday, the cost of finishing seventh under David Moyes in 2013-14 will become clear.
Having announced turnover of £433.2million in last year’s accounts and a pre-tax profit of £40.5million, United issued an advisory notice when publishing their third quarter accounts in May that the final revenue figure for the 2014-15 accounts is projected to be between £385m-395million.
Sources have told Football Insider that the absence of Champions League prize money will ultimately costs close to £40million.
In the 2013-14 season, United earned revenue from Europe’s elite competition of £39million as they progressed to the quarter-final stage.
The full financial blow of not competing in the Champions League last season will be softened by the reduced bonus payments paid to players, which are a key element of incentivised playing contracts at Old Trafford.
The significance of those bonuses was borne out in the third quarter accounts, which reflected a 6 per cent drop (£3.2million) in staff costs on the same period of the previous year.

Although expensive signings such as £59.7million British record buy Angel di Maria and Radamel Falcao were added to the Old Trafford wage bill during the last financial year, their salaries were partly compensated for by the departures of high earners such as Rio Ferdinand, Patrice Evra and Nemanja Vidic at the end of 2013-14.
United are due to publish their accounts for the year ending May 31, 2015, at 1pm on Thursday.
In other Manchester United news, Wayne Rooney is expected to be fit to return to face Southampton in Sunday’s Premier League clash.