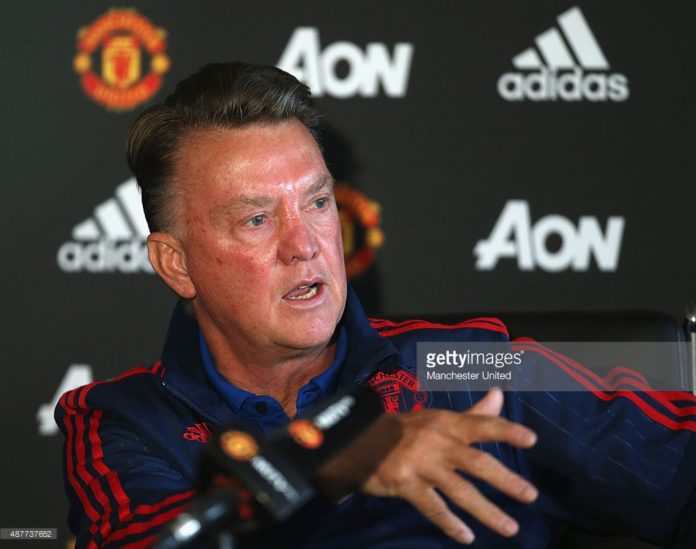 By Manchester correspondent Alex Stevens
Louis van Gaal has revealed that he has faced player unrest, with Wayne Rooney and Michael Carrick intervening to warn him the dressing room had gone flat.

Asked about reports of dissension within the United ranks, Van Gaal admitted on Friday that captain Rooney and vice-captain Carrick had come to see him to raise their concerns.
But rather than regard the situation as a negative, the United manager insists that the intervention of the senior players was designed to help the team and underlined his approach as a communicative manager.

“Rooney and Carrick, the captains, came to me and said, the dressing room is flat – we want to say that to you to help you’,” revealed the Dutchman at his media briefing on Friday afternoon. “So I communicate not only with my captains who tried to warn me, I went to the dressing-room and discussed with the players and we discussed a lot of aspects – but not what some have written.”

Van Gaal insisted that he has a good rapport with his players and does not accept that his training-ground routines are unpopular with the players, as has been suggested.

He said: “I think that I have a superb relationship with my players. Maybe you have to consider how many players are coming to the manager to say something.

“In my career as a manager I didn’t have so many players who are coming to say something about the atmosphere in the dressing-room, about the way we train or something like that. It’s very positive that players are coming to you, then you know they trust you.”

Despite suggestions that Van Gaal’s training methods were at the root of player frustrations, the Dutchman claimed that the overhaul of his squad was a major contributor to the flat atmosphere.

“I have read things that we haven’t talked about,” said the manager, whose side takes on Liverpool on Saturday at Old Trafford. “It is the same story as last year. The consequence of our philosophy is that we have to refresh the group. Last year we sold and released 11 players. This year 14 players. We bought five or six last year and now six. The whole dressing-room has been changed, can you imagine when your friend must leave? What are your feelings then?

“I can only say that I have a very good relationship with my players. It’s also a little bit logical now because there are only nine players left of the group, the other players I have bought and they won’t say that I’m a lousy manager.

There was better Manchester United news for Van Gaal on Friday as it was confirmed that David de Gea had signed a new contract following the collapse of his move to Real Madrid.