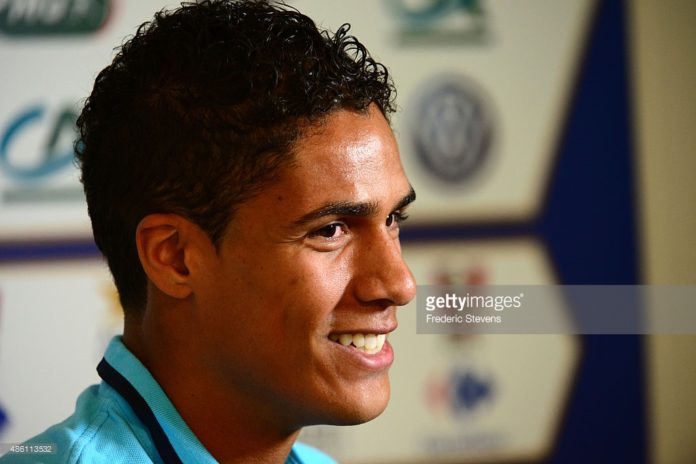 The Premier League giants want to keep a close eye on the 22-year-old defender as they assemble centre-back targets for next summer.
Varane is also being closely monitored by long-term suitors Chelsea as well as neighbours Manchester City.
United missed out on Varane’s club colleague Sergio Ramos in the recently completed transfer window, with the Spain international electing to remain at the Bernabeu and sign a new five-year contract.
United will re-enter the market for an elite centre-back and are closely monitoring Varane, who has won plaudits for his composed play at Real and for the France national team.
The former Lens defender has made 119 appearances for Real and, significantly, has got the nod from new manager Rafael Benitez to start ahead of Pepe in the team’s two La Liga matches to date this season.
In other Manchester United news, Football Insider has revealed that the club are considering an overhaul of their recruitment structure, with one possibility the appointment of a director of football to negotiate contracts and transfers.